"Once upon a time there was Vatican Radio." That's the title of a new article published in La Civilta Cattolica, the Rome-based Jesuit periodical that has long been an indicator of the political, social and ecclesial policies espoused by the Vatican.

The author of this particular piece, available only in Italian, is Father Federico Lombardi. The 78-year-old Jesuit has a long and impressive resume, including serving a six-year term as head of the Italian Province of the Society of Jesus (1984-90).

He was even better known as the Vatican or papal spokesman, an informal title he eschewed, during the 10 years he was director of the Holy See press office (2006-16).

But it's from his experience during the 15 or so years between holding these two major positions that "Padre Federico" has put his name to this new article. 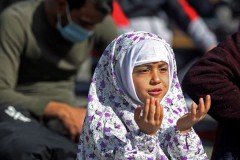