Letter from Rome: No role for the pope in Ukraine

The pope cannot fix all the world's problems or stop its wars, and his adulators must stop demanding he try to do so 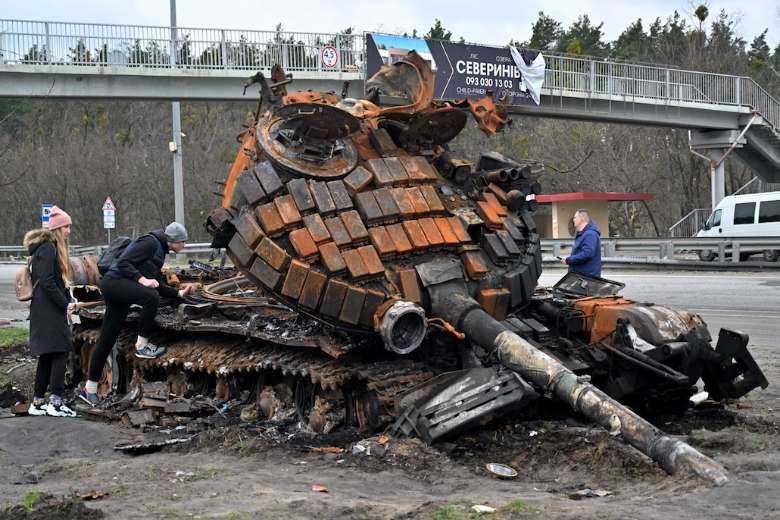 Residents look at a destroyed Russian tank on the outskirts of Buzova village, west of Ukrainian capital Kyiv, on April 10. (Photo Sergei Supinsky/AFP)

Pope Francis deserves our admiration, prayers and support for his tireless efforts to promote peace and goodwill among nations, peoples and religions, and for constantly reminding us that everything and everybody in the universe are interconnected.

His intense advocacy for the health of our planet, his concern for the poor, and his courageous stance to protect the rights of migrants and refugees are unparalleled on the world stage.

And we can only applaud him for his disarming witness as a man of sincere dialogue and as a global moral leader who refuses to divide the world into black and white, winners and losers, villains and heroes, the evil and the righteous.

Without a doubt, Francis has been the most evangelical, non-sectarian and "catholic" (as in universal and all-embracing) pope the world has seen in many centuries.

In the past two months, we have seen him agonizingly consumed with the horrors of war in Ukraine. His deep anxiety over the Russian invasion and the seemingly unstoppable destruction it unleashed is palpable.

He's said various times that he's willing to do whatever he can to stop this war. But perhaps it's time to face the fact that there is probably no role for him or the Holy See here.