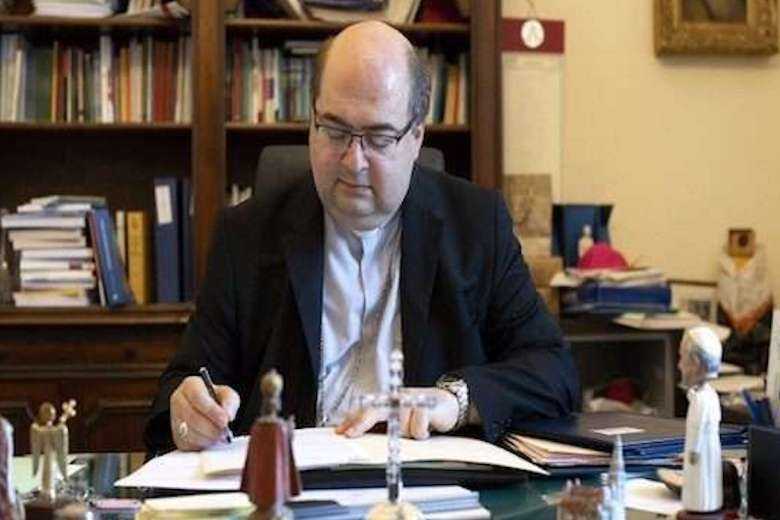 Archbishop Giacomo Morandi is unknown to most Catholics. (Photo courtesy of Vatican Media)

Who is Archbishop Giacomo Morandi? The odds are that most Catholics around the world have never heard of him.

But they would surmise that, since he's an archbishop, he must be at least somewhat important and, if nothing else, pretty high up in the Church's hierarchy.

Seeing the Church in terms of hierarchy, whether one likes it or not, is hardwired into our Catholic DNA. We know there are precise ranks among the clerics and that the rungs on the ecclesiastical ladder mean something.

For instance, all Catholics know that their parish priest has greater authority than a deacon. If their pastor is a "Monsignor", they know he must have done something important to be given this honorary title.

And then there's the bishop. No one has to tell a Catholic that the bishop outranks the priest in the diocese and is, in fact, their boss.