William Grimm, a native of New York City, is a missioner and presbyter who since 1973 has served in Japan, Hong Kong and Cambodia.
Let's not repeat the Galileo fiasco
Published: June 30, 2014 04:44 AM 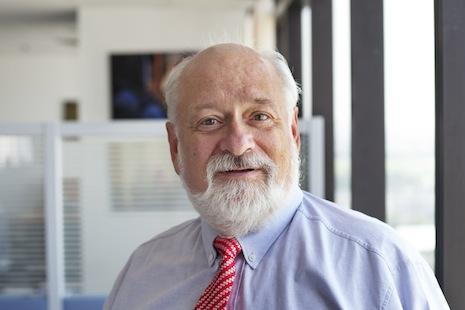 In the 16th and 17th centuries, advances in astronomy came faster than people -- including Church leaders -- could understand the new ideas and adapt to them. That was among the reasons that Galileo was condemned by the Inquisition. Church leaders had not had (or taken) time to reconcile the newly discovered facts of science with traditional religious views. So, they did what we all do in such situations: they became more vehement in holding to the old. It remains one of the more embarrassing events of Church history.

It is a safe assumption that we will increasingly find ourselves saddled with out-of-date scientific views and teachings based upon them as scientific progress accelerates and broadens. And it is an equally safe assumption that we will either ignore new discoveries and understandings in the sciences or try to make them fit old prejudices until we are forced to admit that demonstrated reality must take precedence over venerable intellectual presuppositions.For example, astronomers had added such planetary acrobatics as epicycles (basically loop-the-loops) to the ancient Greek idea of the universe in order to keep up with observed phenomena. But, the complications became so involved that when Copernicus presented a sun-centered picture that simplified it all, the Ptolemaic system was doomed.

In fact, the system presented by Copernicus, in a work he withheld from publication until after his death in 1543 because he feared the sort of treatment Galileo eventually received, was less accurate than the traditional one, but it was clear that though adjustments were needed, it was closer to the observable facts. (The adjustment entailed abandoning the prejudice that planetary motion must be circular because the circle is a "perfect" form. Planetary orbits are actually ellipses, or squashed circles.)Eventually, of course, we came to accept that the Earth is not the unmoved center of the solar system, though it was only in 1992 that Pope John Paul II declared that Galileo was right in saying that the sun is the center of the solar system and that the Roman authorities who condemned him as being "suspect of heresy" were wrong.The Catholic Church has a better record when it comes to scientific theories of evolution. Perhaps in part because of embarrassment over the Galileo affair, Catholic teaching has been pretty much at ease with the ideas of Darwin and his successors and has taken time to see how traditional teachings might have to be adapted or understood in new ways. Instead of using biblical accounts to describe the how of creation, we use science to describe it and biblical wisdom to understand it.Today, where might we find leaders of the Church struggling to maintain disciplines, ideas and practices based on out-of-date scientific (including social scientific) ideas? Where might advances in the sciences be moving faster than our ability to evaluate, moderate, change, abandon or re-affirm old attitudes?Clearly, issues of reproductive biology and other life issues present contemporary examples. A frequent response has been to hold to the old. Sometimes that may be done as a stopgap while exploring options; at other times it is done as a way of forestalling reevaluation. However, as St Augustine pointed out as early as the fifth century, teachings that fail to take into account the most up-to-date scientific knowledge merely bring believers and faith itself into disrepute.Issues of birth control, fertility treatment, in vitro fertilization, sperm and egg donation, surrogate pregnancy and such are "hot button" issues that are often dealt with by recourse to concepts of natural law and philosophy that do not take into account modern knowledge and thus leave the Church open to opposition not because its position is right or wrong, but because of the ignorance of those who espouse that teaching.At the other end of life, medical advances in maintaining biological functioning raise questions of what can and cannot be done in cases that only a few years ago would have not arisen because death was inevitable and quick.There are also, of course, issues about life between conception and death that also require taking into account wisdom acquired especially through the social sciences. For example, in defiance of facts Church leaders insist upon a definition of the family as a unit of a father, a mother and offspring even though, for example, single-parent families have been with us forever.The upcoming synod on the family will deal with some of these issues, but unless the bishops listen humbly and attentively to what the world has learned about biology, psychology, sociology and anthropology, their deliberations will be ignored or even scorned.We may, in fact, find that old wisdom gains new life when based upon new knowledge. Or, we may find that what was thought to be sure and based upon reality has actually relied upon inaccurate data for its justification; justification that no longer makes sense and merely draws the Church, its teachings, teachers and believers into futile battles with reality.

Maryknoll Fr William Grimm, based in Tokyo, is publisher of ucanews.com.