William Grimm, a native of New York City, is a missioner and presbyter who since 1973 has served in Japan, Hong Kong and Cambodia.
Let's go forward to the first century
Published: August 09, 2021 10:38 AM 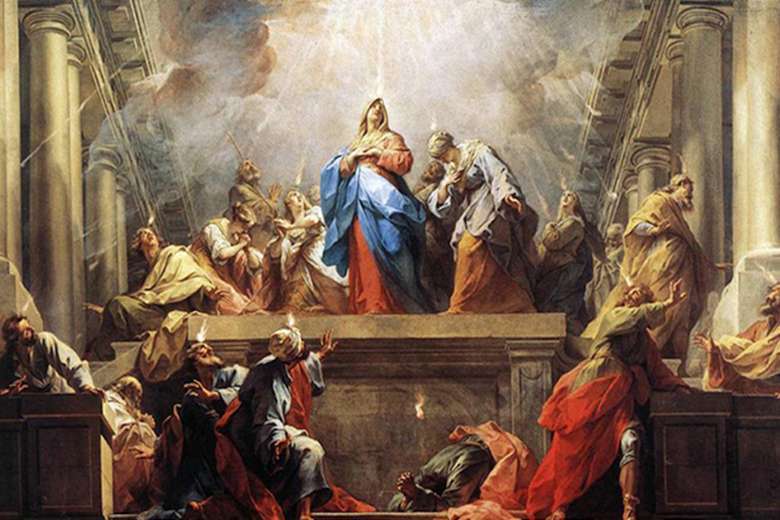 The Acts of the Apostles. (Image: biblescripture.net)

One of the first big crises the Church faced was one that Jesus had probably not anticipated. He certainly did not leave any instructions or even advice on how to deal with it.

The problem appears in the Acts of the Apostles: “Now during those days, when the disciples were increasing in number, the Hellenists complained against the Hebrews because their widows were being neglected in the daily distribution of food” (6:1).

The problem was not table service. There are different aspects of the dilemma in other parts of Acts and in Paul’s epistles, and even retroactively introduced into the Gospels.

The problem was, “What do we do with these Greek speakers?” Christianity was originally a Jewish sect. What were these Hellenists doing in the community?

The challenge the Greek speakers presented was not one of grammar, syntax or an alphabet. Greek was the common tongue of the Roman Empire. So, the presence of Greek speakers meant that the larger world was infiltrating the Christian community, and the Church had to respond to that larger world.

One way might be exclusion. The people who enraged Paul by insisting upon circumcision and other Biblical laws for non-Jews joining the Church took this path. To be a Christian, one must give up Greek-ness.

Those early Christians realized that in order to proclaim the Good News to the whole world, they had to change

We can see Paul’s reaction to this in his letter to the Galatians where he bad-mouths Peter for kowtowing to the circumcisionists and wishes a gruesome fate on them: “I wish those who unsettle you would castrate themselves!” (2:11-14; 5:12).

Apart from the surgery, Paul’s position became the norm for the Church. The New Testament is written in Greek.

The Church went beyond merely accepting the language of the wider world. It adapted its ministry and life. Trusting in the guidance of the Holy Spirit, Christians created a totally new ministry that evolved into the deaconate.

Those early Christians realized that in order to proclaim the Good News to the whole world, they had to change. And they did, confident that the Spirit would be with them, giving them understanding and guidance. Rather than hold to the past, they invented a future.

Of course, the appearance of Greek-speaking widows was not the last time a new social, cultural and political reality challenged the Church to a radical change.

Perhaps the biggest after the widows was sparked by the beginnings of globalization. Through the 15th-century journeys of Portuguese mariners around Africa and into Asia, and the realization of two whole continents across the Atlantic Ocean, the Church was forced to face theological challenges. What is the eternal fate of people who have absolutely no way of hearing the Gospel?

Into this questioning there came a new technology that brought upheaval and new forms for the Church: the printing press.

With that new technology, a whole new culture was born. Literacy became common. The exploration and exchange of ideas became general. Scripture that had been closed to all who could not read an ancient tongue now became common knowledge to anyone able to read their own language.

Scripture, books and pamphlets enabled people to become latter-day Greek widows. The part of the Church that embraced the new reality came to be called Protestant.

Catholicism took the technology, but rejected the reality it caused, fostered and epitomized. Latin remained the language of liturgy, and theology and control of the Church remained the province of a caste increasingly out of touch with a world where the exchange of ideas, even if they threatened hallowed forms, was seen as the way to truth.

So, while the world moved toward the Enlightenment with its even-today developing ideas of human dignity, equality and science, that new reality was met with the Index of Forbidden Books that Catholics were not to read, last “updated” in 1948.

It was only in the mid-20th century that the Catholic part of the Church seriously approached the already centuries-old social and religious world in which it was supposedly proclaiming the Gospel.

But circumcisionists remain. A current example is the question of whether the early Church ordained women to deaconal service. Only if the Church did so in the first century might we do so in the 21st. In other words, if ancient Christians confidently sought out new ways to embody ministry, only then may modern Christians use their results.

We face a new reality, a reality in which, for example, women are increasingly taking an equal place in society with men. It is a globalized reality where communication has moved out of the “Gutenberg Galaxy” of print. Science and too much church teaching seem to be in parallel universes that never interact. The only unchanging truth today is change.

We live in the presence of the same Holy Spirit who gave those ancient Christians the confidence to imagine new things. The lesson to take from our forebears is not how they responded to new incursions by the world, but that they did so creatively, confident that the Holy Spirit would be with them.

We should imitate their daring, not their answers.