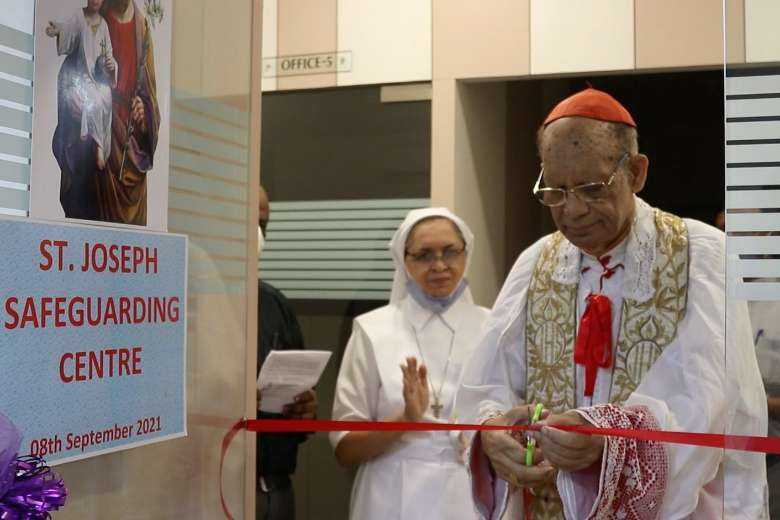 Cardinal Oswald Gracias, Archbishop of Bombay, inaugurating the St. Joseph Safeguarding Centre in Mumbai, India, on Sept. 8, 2021. (Photo: From the Facebook page of the Archdiocese of Bombay) 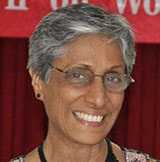 During the 2019 Summit of Bishops in Rome on The Protection of Minors in the Church, Catholic Church officials told a press conference that Pope Francis had given bishops a handout of 21 points — a road map for policy and law seeking to save children from abuses within the Church.

On the last day of the summit, Cardinal Oswald Gracias, Archbishop of Bombay and member of Pope Francis’ Council of Cardinals, was among those addressing the press conference.

When asked about what concrete measures were expected from the meeting, Cardinal Gracias said: “Implementation has to be done at the local conference and diocesan levels, that is why conference presidents are called to Rome for this meeting. All conferences have guidelines, we have to see how to make them effective."

Referring to responses from the Indian Church he said, “I am thinking of a National Center for Protection of Minors to facilitate and help with legal procedures, in India.”

Since then, I have been waiting to hear about the setting up of this center.

Finally, a Facebook post from the Bombay Archdiocese revealed that Cardinal Oswald Gracias, inaugurated the ‘St Joseph Safeguarding Center’ on Sept. 8, the Feast of the Nativity of Our Lady and the Day of the Girl Child.

The center has been established under the aegis of the Catholic Bishops’ Conference of India (CBCI). The center is an initiative of Cardinal Gracias and it aims to create and promote a culture of safeguarding and care of minors and vulnerable persons in the archdiocese.  Its Mission: Formation, Awareness, Prevention and Reconciliation.

Advocate Flavia Agnes who was invited to the inauguration said the cardinal invited her to become a member of the expert committee set up by him for the protection of minors and vulnerable adults.

“The center has been formed as per the direction from Pope Francis who has advised that such centers should be formed in every diocese and the laity should be made aware. These should be public and easily accessible,” she said, adding that the ex-police commissioner of Mumbai, Ronnie Mendonca as well as a nun and several priests were also part of the committee.

Advocate Agnes further added that she guesses it is more of an advisory body for drafting policies and creating awareness about the POCSO (Protection of Children from Sexual Offences) Act 2012 and the Church's own Child Protection Policy.

“It will not deal with actual cases. But Mr. Mendonca emphatically told them that if they come to know about a case of actual abuse, they are bound to inform the police, though there was a great deal of resistance to this,” she told me.

Does this mean setting up the center is like more smoke and less fire?

There are more underlying factors that must be tackled if Church leaders truly want to protect minors from abuses.

I still remember how shocking it was to me when I heard at the press conferences during the 2019 summit bishops from Africa and Asia raise their culture and cultural context issues that they felt were important to consider in addressing clerical abuse.

“Why only talk of sexual abuse, why not speak about the abuse of children as child soldiers, child labor, etc?,” some Asian bishops asked.  Archbishop Mark Coleridge of Brisbane pointed out, “We have to be careful not to impose our cultural ideas and views upon them. We have to be careful not to talk down to people from other cultures as if we come from a position of superiority, we need to take it up with sensitivity.”

We were extremely shocked to hear that in Africa, “when girls reach puberty, there is no question of abuse!!”

I wonder why the Catholic Church feels its role is to respect this degrading culture?

We have been told that Asian people find it very difficult to talk openly about sex as it is deemed a social taboo. Clearly, there is no question of abuse not happening, but culture being a hindrance to reporting abuse in Asia.

Yet, after all these debacles, I would like to pin my great hopes that the center in Bombay will undertake extensive awareness sessions in all Church institutions on the issue of sex abuse. It must make all possible efforts so that teachers and parents can detect possible signs of abuse to children, helping them to speak up and report it. Counselors, psychologists and parents should be invited in numerous discussions to pinpoint measures and steps to prevent the abuse of children.

India already has comprehensive legislation in the form of the POSCO to prevent and protect the abuse of minors and covers religious institutions as well.

The law warrants that once an abuse case is reported to an institution, the authorities are obliged to report it to the local police or the Special Juvenile Police Unit with a written complaint. Failure to report sex abuse is a punishable criminal offense under the law.

Thus, the center must lead the way to make the POSCO Act known to all parents, guardians, children and vulnerable people so that the law is implemented properly.

However, the concern is what the term “vulnerable” means for the Indian Church. I believe advocates of abuse victims in the Church in India will say it literally means “weak and easily hurt physically or emotionally.” It surely includes a large number of vulnerable women in the Church who seek counseling and help from priests.

Ironically, the Church didn’t find any adult woman to include in the ambit of “vulnerable” women.

The Church should stop this old game of playing with words, and get down to the serious business of creating a truly safe environment for children and all vulnerable persons including women.