Legionaries and Regnum Christi begin period of atonement and prayer

'We have to bear the wounds of a painful institutional past', the orders announced in a letter this week 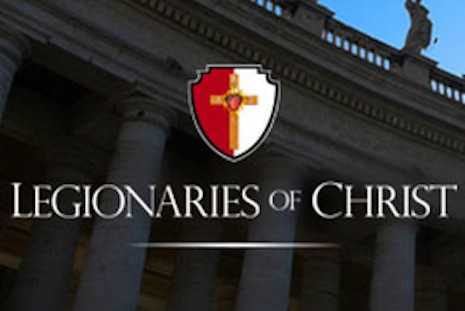 The Legionaries of Christ and the members of Regnum Christi will enter a period of atonement and prayer in preparation for upcoming events that will determine the future of their spiritual family.

The announcement was made in a May 28 letter signed by Fr Sylvester Heereman, the Vicar General and acting Director General of the Legion, along with Gloria Rodríguez and Jorge López, directors of the female and male branches respectively of the consecrated members of Regnum Christi.

“It is a great joy to be able to send you this letter as the feast of the Sacred Heart approaches – a celebration of one of the pillars of our spirituality,” the letter explained. “What is the meaning of this feast in light of the moment of history we are living? We are approaching the end of an institutional journey.”

Representatives of Regnum Christi will soon hold a meeting in Rome, while this summer, territorial assemblies will be held to revise the draft of the Constitutions of the Legionaries.

The events follow a period of turmoil in the Legion after revelations that its founder, Fr Marcel Maciel, lived a double life, sexually abused seminarians, and fathered children. The Vatican responded by calling for a period of reform and renewal, including a redefinition of the Legion’s mission and governing structure.

The General Assemblies will determine the future of the Legion. In addition, Pope Francis is expected to make a final decision regarding the spiritual family by 2014.

“These external milestones that are passing are being accompanied by the interior journey of each one of us,” the letter said.

“We have to bear the wounds of a painful institutional past, above all the feeling of a broken fatherhood and the pain associated with the human errors that have been committed and that have made us suffer.”

For many, the letter observed, “this situation has led us to find the Lord once again in our lives and vocations. This experience of grace calls for deep gratitude towards God. Yet, others have experienced new sufferings. Thus we realize that, at least to some degree, some of the sense of the beauty of our calling has been lost.”

As a consequence, it continued, “our mutual esteem and trust – so necessary for the life of a family – have atrophied. To this we can add the pain of those who have chosen to leave consecrated life or apostolic commitment in Regnum Christi, either because they felt deceived or as a result of a personal journey.”

The authors of the letter say that the preparation for the “Easter” of the upcoming general assemblies has to be preceded by a “Lent” aimed at renewing the Legion and Regnum Christi in holiness.

Therefore, the leaders of the spiritual family are calling for a renewal “in our personal lives,” which “presupposes prayer, a sincere effort to go along with the grace of conversion” and an authentic “willingness to reach out to those who feel hurt or have distanced themselves from us.”

“Those of us in positions of authority hope to continue moving forward along the path of renewal that the Church has marked out for us,” the letter said.

“We want to arrive at the Chapter and the Assemblies having reached a greater clarity regarding the gift God is giving to the Church by means of Regnum Christi, having determined the rules and structures that will most help us to conserve the charism, and having put in place what is needed to overcome what needs to be purified in our mentality and customs.”

It added that the authorities are “committed to continue reaching out to those who have suffered more.”