The memories of the 1983 Black July massacre are still vivid for many in Sri Lanka almost four decades later.

On July 23, 1983, Liberation Tigers of Tamil Eelam fighters attacked a military patrol, killing 13 soldiers. The next few days saw widespread ethnic violence as thousands of Sinhalese took part in a massacre of Tamils.

The number of deaths has been put between 400 and 3,000 with more than 25,000 injured.  The government acknowledges that 471 people were killed, including 58 Tamil inmates at Welikada prison. Some 8,000 houses and 5,000 businesses were completely destroyed.

Kithusara, a Sinhala Catholic newspaper, said the events of Black July were unleashed by the racist Sri Lankan state rather than the killing of 13 soldiers.

"There were many incidents of coercion by the government during the 1981 Development Council elections and the burning of Jaffna library. Without mentioning any of this, it is a serious distortion to say that Black July arose as a result of the killing of 13 soldiers in the north," said Kithusara (Essence of Christianity), marking its 20th anniversary. Sri Lanka must address its past before it can move on 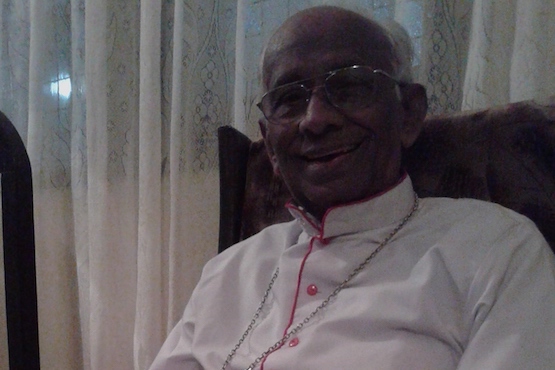 "Similar attacks were launched in 1958 and 1978. What happened was that one party [Sinhala] damaged the property or lives of the other party [Tamil]."

Mario Nagalingam, a victim, said that Sinhala and Tamil people hate each other because of Black July.

"We have feared that there will be another Black July disaster since the Easter attacks [in 2019]. In the last days of the war, my children and I lived without food, giving up hope of life,” he said.

The National Peace Council (NPC), an independent organization working towards a negotiated political solution to the ethnic conflict, said the state failed in its duty to protect its citizens.

"The loss spanned life, property, memories and material treasures that constitute personal histories in the lives of families.  In national terms, the communal divide became further entrenched, which may have been the cause for the rise of the Tamil armed struggle to a mass scale with systematic international intervention," said the NPC.

With Sri Lanka's general election less than two weeks away, the NPC urged all political parties and the electorate to consider national reconciliation based on mutual understanding, trust and justice as their primary task.

“Irrespective of which party wins the forthcoming election, the country has to be united, otherwise we will all lose. This is a challenge that continues to stand before us 37 years after Black July as we still have to define our national path to reconciliation," said the NPC.

"This month of July needs to become a time of introspection where the Sri Lankan nation reflects on our divided past and how to achieve a shared future and peaceful coexistence."

The NPC believes the values that must permeate all structures of governance are those that ensure equal rights, equal opportunities and equal protection before the law.

"This is indicative of the need to also continue to seek a solution in which the devolution of power gives to the ethnic and religious minorities the confidence in their security and future in a manner that would hold our pluralistic, multi-ethnic and multi-religious society together," it said.

Kithusara newspaper has a simple message: "See the truth and the truth sets you free. As Christians, we must not forget what Jesus said. Sri Lanka does not seek the truth. There is no true peace without justice."