Leading Catholics say what they would do if they were pope 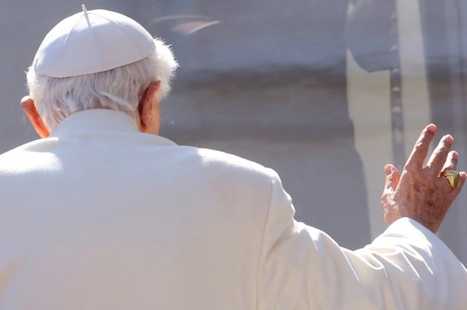 Banish from your mind the idea that I have any chance to ascend to the highest office in the Catholic Church. Nor am I even supposed to want it. The founder of the Jesuit Order, St. Ignatius Loyola, asked Jesuits at the end of their training to make a formal promise not to “strive or ambition” for any high office in the church. (Ignatius didn’t like the clerical climbing he saw in the 1500s.)

But that doesn’t mean that I don’t have a few ideas about what I hope a new pope might do. So I suppose that the first thing I would do after choosing a name (I’d go with my baptismal name, since it’s the one God used to call me into the church) is to stand on the balcony overlooking St. Peter’s Square, and tell everyone that they are beloved children of God—rich and poor, young and old, man and woman, gay and straight, married and divorced, believing and agnostic and even atheist.

God loves you because God created you. And the ones who feel most marginalized, I would tell the crowd in my poor Italian, are the ones to whom the church must love the most, as Jesus did.

To that end, I’d begin my pontificate by listening to those who have felt that their voices may not be heard. The poor, first of all. The church does an astonishing job in caring for the poor across the globe—it’s one of the finest things we do. But because the poor don’t have access to power, the church always needs to be particularly attentive to their needs.

Who else? Sex abuse victims next. We can never stop listening to the stories of victims, and the more the pope hears from them directly—and from their families—the more the church will be to stop clerical abuse and make amends. (By the way, as a starting gesture, and a sign of penance, I would sell off some of the Vatican’s art collection to contribute to a Vatican fund for sexual abuse victims.)

Women next. They need to be included in decision-making roles. How could they not be? Jesus called them into his inner circle, and it was to women that the risen Christ first appeared on Easter morning.

Gays and lesbians next, certainly the least listened-to group in the church. What are their experiences? The new pope will want to know--and listen. Finally, theologians who have been under a cloud of theological suspicion. What might they say to the new pope?

It’s always important to listen to those with whom you disagree, whether you’re a pope or a lowly Jesuit priest like me. In short, I’d start by listening.

Full Story, with three more responses: Catholic leaders weigh in: ‘If I were pope’