Lawyers must be 'in the world, not of it'

The law offers Church new ways to minster to the needy 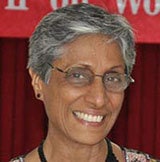