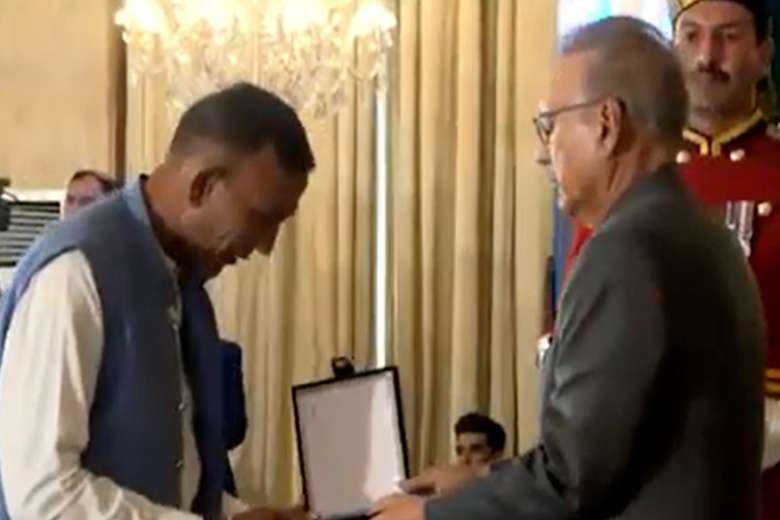 Pakistan’s government has awarded one of its highest civilian awards to a Catholic carpet maker who was assassinated for advocating against child labor.

On the Easter Sunday of April 1995, Iqbal Masih was shot dead while visiting relatives in a village near Muridke, some 350 kilometers southeast of Islamabad. He was only 12 years old.

He had been sold into slavery at a carpet factory at the age of four by his father, who wanted to get a loan for his eldest son’s wedding. The debt was less than US$4 (600 rupees).

He escaped at 10 and became an outspoken public advocate against child exploitation. The Bonded Labour Liberation Front (BLLF) freed him in 1992. After joining the BLLF, he exposed bonded child labor in Pakistan’s carpet industry, helped win the release of about 3,000 other children from bonded labor and toured Pakistan to raise awareness about child slavery.

In 1994, he became the youngest child to win the Reebok Human Rights Award for Youth in Action and won international recognition as a leader of children he wanted to free from bonded labor.

“Sadly, our country faces the issue of laws not being implemented. It is as if the agencies close their eyes to such atrocities”

“I am sad. I wanted Iqbal to get the award. It is an honor for the Christian nation. I thank the president for remembering the martyrdom of my brother,” said Patras Masih, the elder brother of Iqbal who received the award at President House.

Davis Afzal Sahotra, the Christian general secretary of the Public Peace Welfare Organization in Punjab, said in a Facebook post: “At a very young age, the national hero Iqbal Masih set an example of valor and bravery for children forced to work on low wages. Finally, he was honored 27 years after his death.”

In 2020, Pakistan’s government banned child domestic labor by passing an amendment that made it illegal for children under the age of 18 to work in factories.

However, UNICEF says about 3.3 million children are engaged in child labor in Pakistan. Recent surveys have estimated that about 4.5 million people, including some 1 million children, work in slave-like conditions at around 20,000 brick kilns in Pakistan.

According to the Human Rights Commission of Pakistan, children working in brick kilns have a higher rate of mortality, while one in 20 children lose their eyesight. Many belong to already marginalized religious minority communities such as Christians in the Muslim-majority nation.

“Sadly, our country faces the issue of laws not being implemented. It is as if the agencies close their eyes to such atrocities,” Albert David, a member of Pakistan's National Commission for Minorities, told UCA News.

David, who attended the Islamabad ceremony, plans to initiate an awareness campaign to reach out to minority children involved in child labor.

“It’s a high point of my own social life. The latest award for a Catholic activist has renewed our commitment to continuing his mission in collaboration with the government and civil society,” he said.