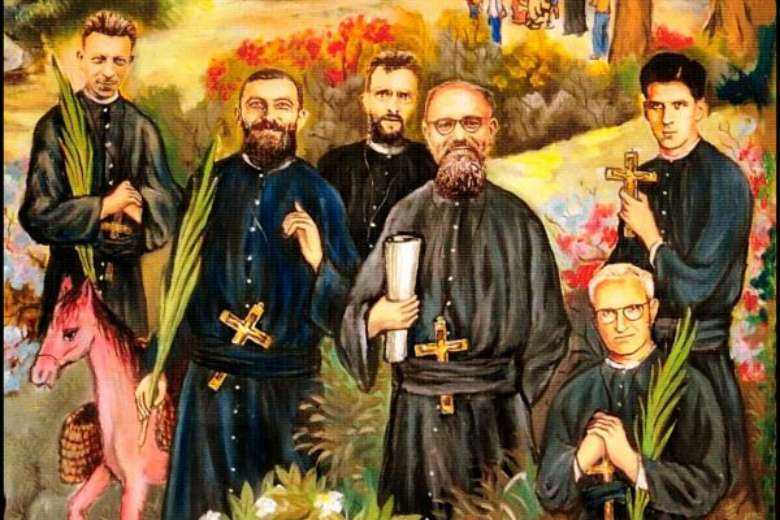 Catechist Paul Thoj Xyooj was among 17 Catholics killed in Laos between 1954 and 1970. (Photo: OMI World)

Catholic faithful in Laos joined clergy and religious to celebrate the dedication of a new church to the first layman from the ethnic Hmong community who was martyred for his faith six decades ago.

Born in 1941, Paul Thoj Xyooj was a Laotian teacher and catechist. He was killed by communist guerrillas in 1960 along with Italian Oblate missionary Father Mario Borzaga.

Pope Francis proclaimed them martyrs in 2015. Both were beatified on Dec. 11, 2016, along with 15 other martyrs by the pope’s special envoy, Oblate Cardinal Orlando Quevedo, archbishop of Cotabato in the Philippines, in Laotian capital Vientiane.

According to the Oblates of Mary Immaculate (OMI) congregation, communist forces killed 17 Catholics between 1954 and 1970: a young Laotian priest, five priests of the Paris Foreign Missions Society (MEP), six OMI priests (an Italian and five French) and five Laotian laymen.

Italian Oblate Father Angelo Pelis, who served in Laos for years as a missionary, told Fides that consecration of the new church was presided over by Cardinal Louis-Marie Ling Mangkhanekhoun, apostolic vicar of Vientiane. Catholic priests and Laotian Catholics also attended the ceremony.

In rural areas, Christians are routinely victimized for their faith and expulsion of Christians by other villagers is common

Church leaders say the new church dedicated to a lay Catholic martyr has boosted the small Catholic community in the country.

Laos is a tiny Buddhist-majority communist nation in Southeast Asia with an estimated population of 7 million.

Christianity is a recognized religion in the country, but many Buddhists view Christianity as an alien faith. In rural areas, Christians are routinely victimized for their faith and expulsion of Christians by other villagers is common.

Catholic missionaries, beginning with the Jesuits, made several attempts to evangelize in Laos starting in 1630. However, they didn’t succeed in establishing a local church.

MEP missionaries from France who came to Laos in 1878 were more successful. They set up an indigenous church in Laos. They founded their first mission station on Dec. 8, 1885, which is known as the foundation of the Catholic Church in Laos.

Oblate missionaries arrived is 1935 and concentrated their missionary work mostly in the mountainous tribal areas in the north of the country.

There are about 60,000 Catholics in Laos, mostly ethnic Vietnamese and other ethnic groups like theHmong, concentrated in surrounding areas along the Mekong River.

The Lao Church has four bishops but no dioceses. Catholics are spread into four apostolic vicariates.