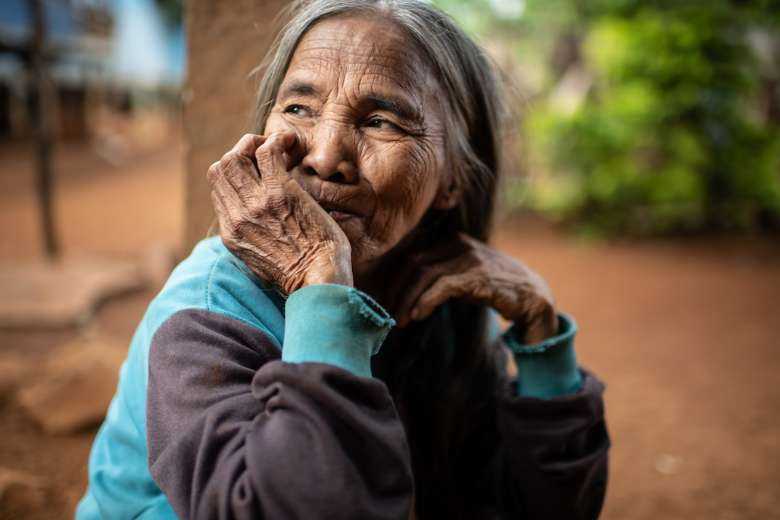 A Laotian grandmother in the village of Bolovens. Some 80 percent of people in a country of 7 million live in villages and many locals have limited access to quality healthcare. (Photo: AFP)

Authorities in Laos are on high alert after migrant workers returning from neighboring Thailand imported a highly infectious variant of Covid-19 into one of Asia’s poorest nations with limited medical resources.

The capital Vientiane has recorded a dozen new imported cases, while at least 43 new infections have been documented in Champasak province and 42 cases in Savannakhet province, both of which have large numbers of vulnerable people in rural locations.

To date, Laos has recorded nearly 3,000 cases of the potentially deadly coronavirus, whose renewed spread around the country has alarmed officials. Of the total tally, more than 600 are active cases.

Tens of thousands of migrant workers from Laos make a living in various lines of menial labor in Thailand, but new lockdowns there have sent many of these workers back home.

There are growing fears that people crossing the border illegally without health checks could import the highly virulent Delta variant of Covid-19, which originated in India earlier this year.

The variant has been spreading far and wide across Thailand in recent weeks, infecting several thousand people each day.

“Laos has been placed on high risk for the spread of the Delta variant because of the high number of Lao workers returning from Thailand, especially if all of the virus prevention measures, including border patrols, are not strictly enforced,” Dr. Rattanaxay Phetsouvanh, director-general of the Department of Communicable Disease Control, said at a recent press conference.

Teams of officials are reportedly monitoring boats crossing the Mekong River, which serves as part of the border between the two countries, in a bid to stop people entering Laos without health checks.

Nearly 350,000 people in Thailand have come down with Covid-19 so far, the vast majority of them in the past few months.

The large scale of infections has placed a burden on the country’s health system, leading to an acute shortage of beds for critically ill patients in the capital Bangkok.

There are fears in Laos that a comparable outbreak there could prove devastating in a nation where modern healthcare facilities remain rudimentary or even non-existent across the rural hinterland.

Some 80 percent of people in a country of 7 million live in villages and many locals have limited access to quality healthcare.

“The healthcare provided at the local level often struggles from a lack of qualified staff, inadequate infrastructure and need for an affordable device and drug supply,” explains Pacific Bridge Medical, a US-based firm that advises medical companies worldwide on healthcare-related issues.

“As a result, Laos depends on international aid in the form of vaccines, training for medical professionals and staff, and strengthening of maternal and child health.  Wealthier individuals in need of medical care tend to visit Thailand for more expensive but higher-quality treatment.”

In the face of a growing threat of a large-scale Covid-19 outbreak, the government of Laos has stepped up its mass vaccination drive in recent weeks, with some 600,000 Laotians having been fully vaccinated so far, accounting for slightly over 8 percent of the population.