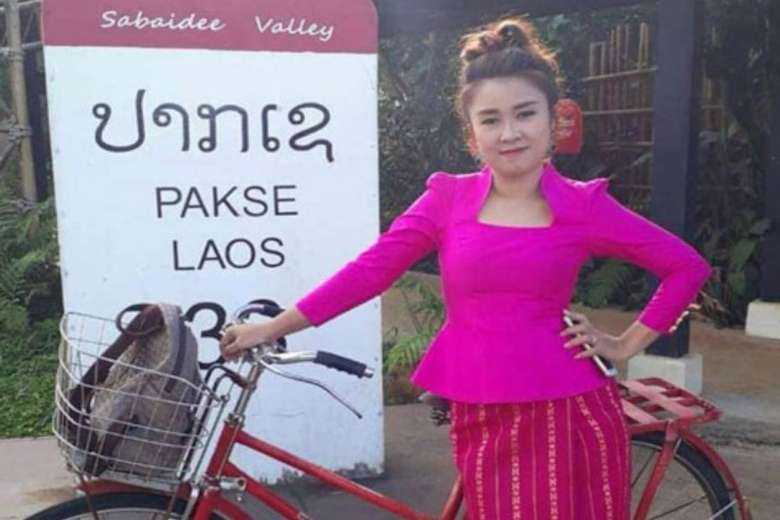 Houayheuang Xayabouly was jailed for five years in 2019 for posting videos on social media critical of the government’s response to people affected by severe flooding. (Photo: Facebook)

The communist regime of Laos exercises total control over the country’s muzzled media in one of the world’s bleakest media landscapes, said a prominent observer of press freedom worldwide.

In its latest World Press Freedom Index, Paris-based Reporters Without Borders ranked the communist nation of 7.3 million near the bottom, at 161 out of 180 countries.

Although the constitution technically guarantees freedom of the press, onerous restrictions on all media outlets operating in the landlocked nation, one of Asia’s poorest, mean that there is practically no independent reporting in the country, the group said.

“The constitution guarantees freedom of expression but prohibits the media from harming national interests and traditional culture,” Reporters Without Borders writes in its assessment.

“The government essentially controls all press. Laos’ 24 newspapers, 32 television networks and 44 radio stations are required to follow the party line dictated by the Peoples’ Propaganda Commissariat, which is disseminated by the three dailies that the ruling party publishes: Pathet Lao, Vientiane Mai and Paxaxon.

“Two foreign-language papers, the English-language Vientiane Times and the francophone Le Renovateur, are published by the Lao Press in Foreign Languages, an agency of the Ministry of Information and Culture.”

"People outside the country can speak out, but no one inside can. The people of Laos are afraid and worried, even when they express themselves on social media"

Seven out of 10 Laotians in the predominantly rural nation receive their information from Lao National Radio, another tightly controlled media outlet.

Owing to the extensive censorship of news, more locals are turning to social media to keep informed about current affairs, but even there severe legal restrictions are in place.

“The penal code provides for imprisonment of journalists who criticize the government, a provision extended in 2014 to internet users. Internet service providers are required to report web users’ names, professions and data search histories to the authorities,” Reporters Without Borders said.

In recent years several citizens have been arrested and jailed for criticizing government officials over allegations of corruption and malfeasance.

Stepping out of line could incur severe retribution for outspoken locals, according to a Laotian who lives in the southern province of Savannakhet.

“If we speak out, we will be thrown in jail. In this country, if someone tries to speak the truth, they will end up like Mouay,” he said, referring to Houayheuang Xayabouly, a young environmental and human rights activist who was arrested in 2019 and sentenced to five years in prison for posting videos on social media critical of the government’s response to people affected by severe flooding in Champassak and Salavan provinces.

“She criticized the government and actually what she said was true, but now she’s in jail for five years. People outside the country can speak out, but no one inside can. The people of Laos are afraid and worried, even when they express themselves on social media,” the unnamed local said.

Professional journalists similarly self-censor because they operate under severe restrictions. They are required to get their articles approved by their news department’s directors before they can be published and must abide by strict guidelines in covering newsworthy events and developments.

“If we are told to cover that event, we will go and do it. They will tell us whether we can or can’t go and we must follow government policy. We only report what is approved and permitted by the authorities,” an anonymous reporter working in the capital Vientiane told Radio Free Asia’s Lao Service.