Laos group to be 'fast tracked' for martyr recognition

Religious, missionary and laypeople laid down their lives in 1950s-1970s 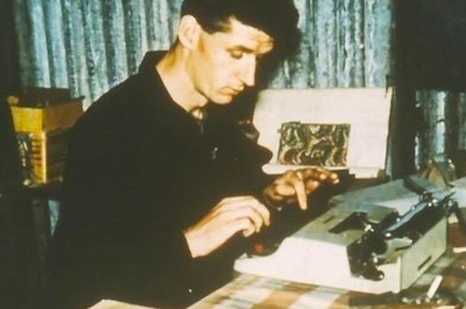 The small communist south-east Asian nation of Laos will have its very own martyrs, possibly within just a few months. Two parallel processes have begun for a group of religious, missionaries and lay people which have been split down the middle: the missionary Oblate of Mary Immaculate (OMI), Mario Borzaga and the Laotian catechist Paul Thoj Xyooj killed in 1960 on the one hand and 15 martyrs including missionaries and lay catechists killed in Laos between 1954 and 1970 on the other.

Angelo Pelis, OMI, is Postulator for the Cause of Borzaga-Thoj Xyooj. He completed Borzaga’s “Positio” (a 480-page document) last April, after which it was reviewed and approved by the relator for the cause, Jozef Kijas. The Congregation for the Causes of Saints published the “Positio” (a text which presents evidence to support a cause for beatification, Ed.) on 9 June. Forty copies were printed and sent to a group of theologian advisors and cardinals to be examined. “Documents were gathered with a view to prove the martyrdom of the two servants of God,” Pelis told Vatican Insider.

Once their martyrdom has been recognized, the beatification process can start. “Given Borzaga’s spiritual stature, emphasis was placed on his vocation for the sainthood, proof of which is to be found in his writings.”

A second process has been started for fifteen missionary martyrs, including five French OMIs, five religious from the Missions Étrangères de Paris (MEP) and five Laotian lay people. The bishops of Laos are backing the process which has been entrusted to the Diocese of Nantes, the home diocese of one of the MEP missionaries, Fr. Jean-Baptiste Malo. Their “Positio” is in the hands of the Postulator for the Cause, Fr. Roland Jaques (OMI).

Pelis said that the Secretary of the Congregation for the Causes of Saints, Marcello Bartolucci, stressed: “We won’t keep you waiting. The causes of Borzaga-Thoj Xyooj and the 15 martyrs from Laos promoted by the Bishops of Laos and presented simultaneously despite being two separate processes, will be fast tracked.”

The Bishops’ Conference of Laos and Cambodia (CELAC) are over the moon and hope to pay an ad limina visit to the Vatican very soon. The last one took place in September 2007. Laotian pastors (the Laotian Church had four apostolic vicariates) hope that the much-awaited meeting with Francis and representatives of the Curia dicasteries will take place by 2015, partly so they can get direct feedback on the progress of the two processes.

Were the sainthood of figures like Borzaga and other martyrs to receive universal recognition, the small flock of Laotian faithful (0,9% of the population), may take this as a strong sign of encouragement, they explained.

Full Story: Group of Laotians soon to be recognized as martyrs