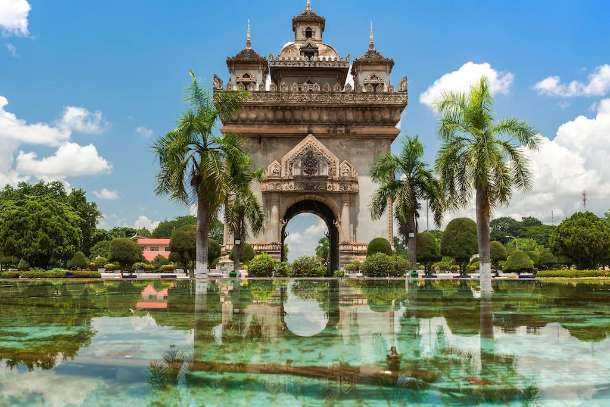 Officials of the central communist government in Laos are working with Christian groups to ensure that local officials in rural areas step up their efforts to protect Christians from continued harassment, it has been reported.

Across the landlocked communist nation of 7 million, Christians, who account for less than 2 percent of the population with half of them believed to be Catholics, continue to face various forms of discrimination, especially in remote rural areas.

As a result, many Christians have been forced to practice their faith behind closed doors for fear that they might be shunned by other villagers or even forced to leave.

However, church members are reportedly working together with the Interior Ministry and the Lao Front for National Construction to inform officials of the Law on the Evangelical Church, a new piece of legislation that was passed last December and allows Christians to conduct services and preach their faith unmolested.

According to the law, churches must obey all of the country’s laws, rules and regulations, but their members are guaranteed a degree of freedom in practicing their faith.

Yet despite the recently passed legislation, many officials in rural areas continue to treat Christians as second-class citizens, according to several Lao Christian organizations.

Many Laotians, who are predominantly Buddhists, view Christians as fifth-columnists who practice an “alien” religion imported into the country by foreign missionaries from Europe and the United States in decades past.

For decades government propaganda portrayed Christianity as a tool of western imperialism in the country, which was once a French colony and became a battleground during the Vietnam War. Many Christians belong to the Hmong ethnic minority whose members sided with the United States against the communist during the war.

Christians in the more cosmopolitan milieu of the capital Vientiane and other larger cities can practice their faith freely, yet this is not the case in many rural communities where officials often act against Christians with relative impunity.

In March, a Christian pastor was arrested by officials for conducting religious activities in a village in Savannakhet province, but no official explanation was provided about what crime the clergyman was alleged to have committed.

“[Christians] living in rural areas [are] considered ‘bad elements’ by other residents and by village authorities. Many Christians [have been] abused, re-educated, evicted from their villages, arrested, and jailed — mainly because the local authorities did not understand Christians,” a church member involved in the government-sponsored educational initiative told Radio Free Asia last week.

“Now we hope that these meetings will improve understanding between the authorities and Christians,” he said, referring to seminars held this month in Bokeo, Bolikhamsai and Savannakhet provinces with similar meetings planned for other parts of the country.

“At the meeting [in our community] we explained the law to the representatives of local authorities, and these representatives will pass the information along to other officials, including authorities in the villages,” said a clergymen in Bolikhamsai province, near Vientiane.

“Before, we had a lot of problems. But now things will start to improve because local authorities and the general public everywhere are being made aware of the law,” another local Christian was quoted as saying.

Some communist party officials have likewise said that if the new law becomes more widely known across the rural countryside, Christians could face less harassment.

“Once [the content of the law] is understood, there will be less mistreatment of Christians because, like any other law, it will have to be respected,” an official responsible for religious affairs in Savannakhet province told Radio Free Asia.