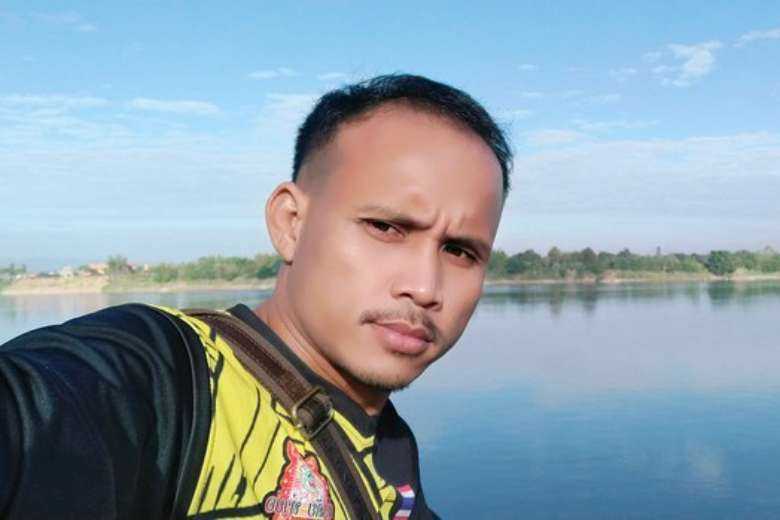 A Lao political dissident who was detained by Thai authorities late last month despite being recognized as an asylum seeker by the United Nations has been released on bail but faces severe restrictions on his movement and the prospect of deportation.

“What I can say right now is that I’ve been bailed out with the help of a human rights lawyer and the UN,” Khoukham Keomanivong, a founder of the pro-democracy Free Laos group who has been living in Bangkok for years, told Radio Free Asia’s Lao Service.

“I can only sleep and stay in [my room] and travel to certain restricted areas. I can’t travel to the provinces,” Khoukham added. “The UN has been coordinating with me and the authorities ever since I was held in the Immigration Detention Center.”

The arrest of Khoukham by Thai police caused outrage among rights advocates and prominent rights groups who called for his immediate release.

Khoukham holds a card issued by the United Nations High Commissioner for Refugees (UNHCR) that certifies him as an officially recognized asylum seeker, but Thailand is not party to the 1951 Refugee Convention and so is entitled to deport any asylum seekers as illegal immigrants.

After his arrest, Khoukham was convicted by a court in Bangkok of overstaying his visa. Before his release on bail last week, he was being held in the city’s notoriously overcrowded Immigration Detention Center pending his deportation to Laos.

In his homeland Laos, he is wanted by the communist government as a subversive element on account of his pro-democratic advocacy. If deported to Laos, he faces arrest and probable imprisonment, rights activists have warned.

Khoukham was a founder of Free Laos, a grassroots rights group that advocates for human rights and democracy in the repressive communist nation.

However, he has said that he is no longer involved in political activities.

“I stopped my political activities more than two years ago after getting my UNHCR card,” Khoukham said. “One of the conditions of my obtaining that card was that I end my involvement in politics.”

The former activist said his arrest was the result of ill will from some people.

“The problem of my arrest arose because some individuals saw some old stories online and reported them,” Khoukham said.

“If I now have to go to a third country, I’ll go. But if I’m given a choice, and if there’s more security for me here in Thailand, I’d prefer to stay here,” he added.

Thai and Lao people share a nearly identical language and a very similar culture and many Laotians work in Thailand as migrant laborers.

After a military coup in Thailand in 2014, several high-profile pro-democracy activists who opposed the military takeover fled to neighboring Laos where three of them were later found murdered under still unexplained circumstances.

Meanwhile, a Lao dissident who was a critic of his country’s regime and lived in exile in Bangkok disappeared from the Thai capital in mysterious circumstances in August 2019 and is assumed to have been murdered.

Rights advocates have alleged that the Thai and Lao governments have secretly been aiding each other in these forced disappearances of their respective political dissidents.