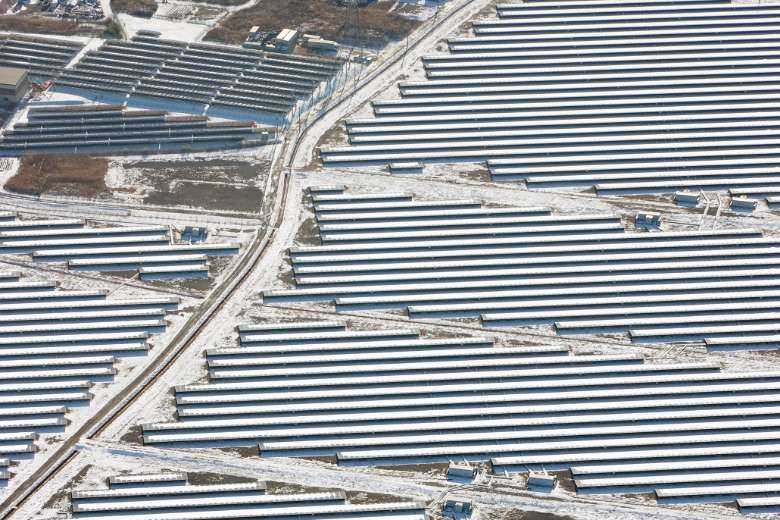 Since the Fukushima disaster, Japan has found itself in real distress trying to find a way to generate as much energy as possible but without the help of nuclear power. Solar was soon labeled the redeemer — along with other renewables — to replace nuclear as the main source of electricity.

The ecological mindset is driving the move to replace the "old” technology of energy production, such as nuclear and fossil fuels, with cleaner technology such as solar panels.

The premise of climate change is that there is an increased concentration of greenhouse gases in the atmosphere and therefore a diminished ability of natural systems to absorb them. The increase in greenhouse gases is due to the massive use of fossil fuels through industrial processes.

For over two centuries, the intense use of fossil fuels for energy has raised the quality of life for billions, but it has also altered the natural systems that had been largely stable for centuries. Therefore, developed countries like Japan have been focusing on alternatives.

It is estimated that the annual share of renewable energy to total power generation in Japan in 2019 increased to 18.5 percent from 17.4 percent in the previous year.

As the country ramps up efforts toward achieving net-zero emissions by 2050, Japan will require solar panel installations on all new public buildings. The construction sector alone was responsible for 352 million tons of carbon dioxide emissions in 2019, accounting for 34 percent of the national total (the largest share after the industrial sector).

So far, so good — if it wasn’t for a recent national survey that has frozen much of the excitement surrounding the issue

The Ministry of Environment estimates that roughly 19,000 megawatts of solar power capacity can be generated from public buildings nationwide, which is the equivalent of about 30 percent of Japan's existing solar capacity.

On Environment Day last month, Japanese automaker Nissan even gifted the Vatican its all-electric Leaf sedan, knowing well that Pope Francis has urged churches around the world to respond to the climate emergency with sustainable solutions — a call that echoes the Laudato Si’ encyclical wherein he lamented environmental degradation and called all people to take "swift and unified global action.”

So far, so good — if it wasn’t for a recent national survey that has frozen much of the excitement surrounding the issue. It found that 80 percent of all 47 prefectures in the archipelago have huge problems with solar energy for one reason or another.

For example, the western prefecture of Okayama — well known as the “sunny prefecture” — has been pushing hard for solar panels, so much so that the once verdant slopes of the surrounding mountains have been turned into an array of eyesore black rectangles.

Akaiwa city alone has 320,000 solar panels covering an area of over 80 hectares from which it squeezes out 65 million kilowatt-hours per year. The downside? An incredible succession of terrible landslides and, as the whole world has recently witnessed in Atami, they can be quite disruptive, not just for the environment but for human lives as well.

As if this wasn’t enough, the water quality in the area has declined. No longer being properly and naturally filtered by tree roots, the water is no longer purified and flows down the valley much dirtier that it once was.

Japan's rush to sustainable energy occurred against the alarmist backdrop of the forced closing of nuclear power plants in 2011 with a sustainable bright future in mind. So, what’s the actual legacy of that environmental push? Mudslides, damage to the landscape and environmental destruction. Not to mention the fact that in northern prefectures like Fukushima heavy snow in the winter reduces almost to zero the capacity of energy creation of even the most up-to-date solar panels.

We all would like to see cleaner and safer energy being put to use, but just like the huge financial debt that Japan has brought on itself, it is not supposed to be done by inconsiderate borrowing at the expense of future generations. We have to keep in mind that today’s solution could very well be tomorrow’s problem.