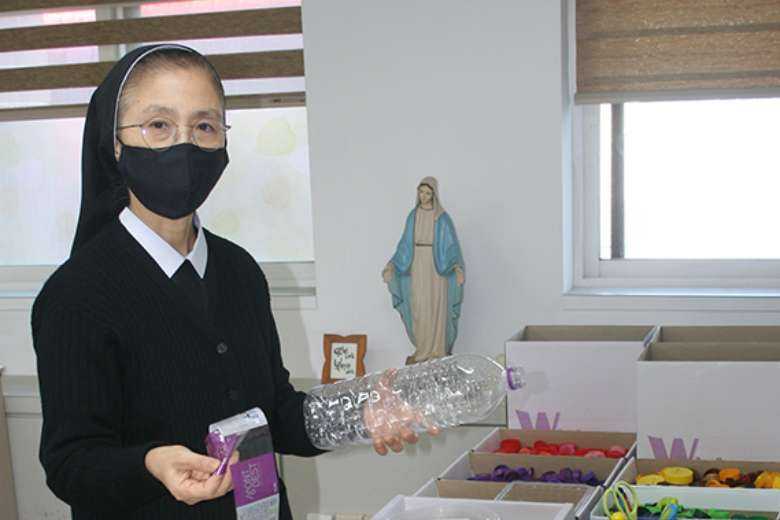 South Korea’s Incheon Diocese is running a recycling campaign with an aim to keep the environment clean and free from waste and pollution.

The resource recycling shops run by the environmental ministry of Incheon Diocese collect abandoned materials from local people and separate them for disposal and recycling.

Father Jeong Seong-il, head of the ministry, said the project was launched in July following the signing of an agreement between Incheon Diocese and Incheon city authorities in April, reported Catholic Times of Korea.

Incheon city has taken its cue from Seongnam, a planned satellite city of Seoul that introduced a pilot project last year that saw resource recycling stores set up to collect and process disposable materials.

Father Jeong said the diocese's project aims to have churches free from waste of disposable items, resources and food.

The priest also noted that the recycling project is one of the local Church’s responses “to the cry of the earth” as put forth in Pope Francis’ groundbreaking environmental encyclical Laudato Si'.

The Korean Church launched a seven-year Laudato Si' action plan last year based on collective action to care for creation in the spirit of integrated ecology that aims for a sustainable world.

Sister Moon Jeom-suk, secretary of the diocese’s environment ministry, described the project as “a green martyrdom, a green revolution and a green mission”

The nun said it is essential to offer training in recycling to more people, so the diocese has started environmental education at the Social Pastoral Center at Dapdong in Incheon.

Sister Moon said the project has added significance as Incheon city authorities plan the complete closure of waste landfill in the metropolitan area by 2025.

Incheon, a bustling port city of 2.8 million residents, is a business and transportation hub that also features the ultramodern and huge Incheon International Airport, the largest and one of the busiest in the country.

The city has suffered from moderate to high levels of air and water pollution for years, environmental groups say. In recent times the local government stepped up efforts to tackle pollution, especially improving air quality. In 2017, authorities provided subsidies to replace hundreds of industrial boilers to reduce air pollution and save energy.

Father Jeong noted that while economic activities are a matter of life for cities like Incheon, the current environmental situation in the world is a question of “life and death” for humanity that must be addressed urgently.