Inspired by the pope's encyclical, Uijeongbu Diocese has kicked off a seven-year environmental action plan 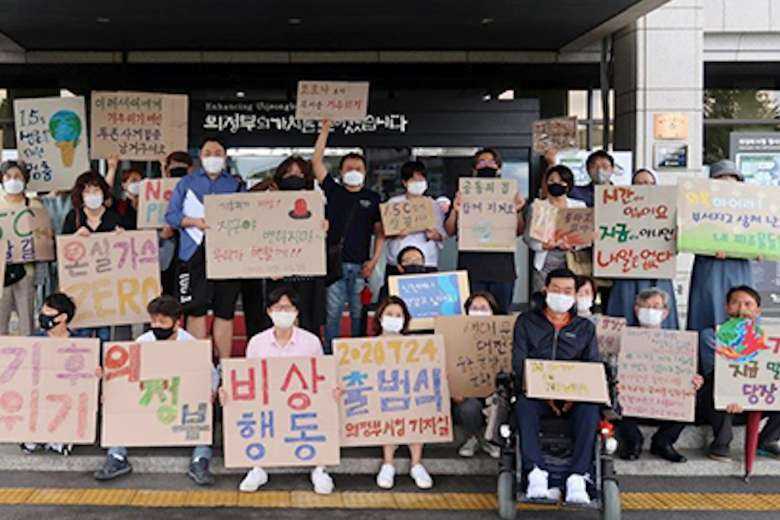 Uijeongbu Diocese, about 20 kilometers north of capital Seoul, officially launched the “7 Years Journey Action Plan” that includes a range of programs and activities for environmental conservation for a sustainable planet in February.

The diocese, which has about 300,000 Catholics, has adopted the “special pastoral guideline” with a long-term pastoral plan prepared by the Korean Catholic Bishops' Conference on the fifth anniversary of the publication of Laudato Si last year.

The Environmental and Pastoral Commission of the diocese is leading the campaign and it published a pastoral action plan guideline with an integrated ecological approach to society, economy, culture and daily life.

The action platform introduces basic definitions and concepts of ecological theology to specific methods that can be followed in families and parishes, emphasizing education, solidarity and practice.

The commission has established an online database where materials such as documentaries, videos and QR codes for related organizations have been stored that can be accessed easily to raise awareness about the climate change crisis.

About 160 books and booklets on various aspects of have also been made available for distribution in all parishes to motivate people about ecological conservation.

Father Cho Byung-gil, convener of the Social and Pastoral Commission, said the action platform is the result of the joint consensus spirit of priests, religious and laypeople in the diocese.

Bishop Peter Lee Ki-heon of Uijeongbu said the action plan for ecological conservation is a way of expressing solidarity with people in the world facing severe climate change impacts such as natural disasters while the coronavirus continues to rage.

“Covid-19 is sweeping the world, and natural disasters such as typhoons, floods and forest fires are becoming more and more frequent. The pope predicted that the earth, our common home, is under threat. It is time to be cautious and continue our solidarity and practices for ecological conservation,” Bishop Lee said, according to the Catholic Times.

The prelate said he had first-hand experience of the devastating impact of climate change when he visited sites damaged by flooding in 2016.

“I visited deluged sites in person and was able to see with my own eyes the severity of the natural disaster,” Bishop Lee said.

The diocese is also collaborating with civil society groups in the diocese on the environmental action plan.

Bishop Lee said he has urged the faithful in the diocese to pray and repent for the sins people have committed against the earth and pray for ecological conversion during the Lenten season.

“It is of great significance that all the priests, religious and laypeople participate together in the spirit of common agreement in the seven-year-journey in the spirit of solidarity,” he said.