Pope Francis delivers his speech at the Atomic Bomb Hypocenter in Nagasaki, Japan, on Nov. 24, 2019. He railed against the use of nuclear weapons as he paid tribute to the 'unspeakable horror' suffered by victims of the Nagasaki atomic bomb. (Photo: AFP)

A Catholic Church official in South Korea has joined civil society groups and environmentalists to oppose the government’s move to revive nuclear power plants in what is seen as a retraction from the current nuclear phase-out policy.

Concerns have been brewing as the government of President Moon Jae-in has reportedly advanced to operating several nuclear power plants to overcome the nation's energy deficit.

The move has been criticized for having political undertones ahead of a national election next year.

“The denial and attack on the policy stance of denuclearization is a short-sighted choice of politicians who want to expand their support base ahead of the presidential election. This behavior is very irresponsible and dangerous for the future of the country,” Father Yang Ki-seok, chairman of the ecological environment committee of the Diocese of Suwon, told the Catholic Times of Korea.

Father Yang noted that whether or not the Moon Jae-in administration's nuclear phase-out had any concrete results, maintaining it as the national energy policy needs to be positively evaluated.

In 2013, Emeritus Bishop Peter U-il Kang of Cheju, then president of the Catholic Bishops' Conference of Korea (CBCK), strongly opposed the use of nuclear technology. “We must choose life,” he said.

Local media reports that civil society organizations and environmental groups plan to demonstrate against the revival of nuclear power plants on Aug. 24.

The Nuclear Safety and Security Commission has conditionally approved the operation of the 1,400-megawatt Shin-Hanul No. 1 power plant in the coastal county of Uljin, 330 kilometers southeast of Seoul, on condition of further safety measures, Yonhap News Agency reported on July 9.

Other plants waiting for permission to operate are Shin Wolsong 1, Shin Kori 4 and Wolsong 3, which were closed for maintenance. 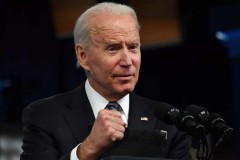 Lawmakers from opposition parties as well as the ruling party have welcomed the revival of nuclear power plants to overcome the electricity deficit.

“Korea possesses a highly developed nuclear industry with 24 nuclear reactors and four more under construction. The country depends substantially on nuclear energy which produces around 29 percent of its electricity supply. The decision by the Moon Jae-in government, however, to phase out nuclear power plants in favor of renewable energy due to environmental and safety concerns in 2017 invited greater risks of economic costs, power shortages, scientific and technological setbacks and, not least, strong political opposition,” Park wrote on Aug. 2.

The lawmaker noted that the decision to revive nuclear power comes after the failure of the government’s attempts to use energy-saving measures such cutting air conditioning in public agency offices during peak hours.

However, there has been growing discontent as the government has not succeeded in adopting renewable energy as the country faces power shortages

Since Moon Jae-in, South Korea’s second Catholic president after Kim Dae-jung, came to power in 2017, he has adopted a nuclear phase-out policy as a mainstay of the national power policy while pursing renewable energy options.

However, there has been growing discontent as the government has not succeeded in adopting renewable energy as the country faces power shortages.

Opposition parties have been vocal against the denuclearization policy and collected online signatures against Moon’s nuclear phase-out plan.

During his visit to Japan in November 2019, Pope Francis paid tribute to victims of atomic bombing during World War II and warned about the dangers of nuclear technology.

“Convinced as I am that a world without nuclear weapons is possible and necessary, I ask political leaders not to forget that these weapons cannot protect us from current threats to national and international security,” the pope said on Nov. 24 in Nagasaki, one of two Japanese cities destroyed by American atomic bombs.

The pontiff also pointed to nuclear accidents at the Chernobyl and Fukushima nuclear power plants and prayed for a “nuclear-free world.”