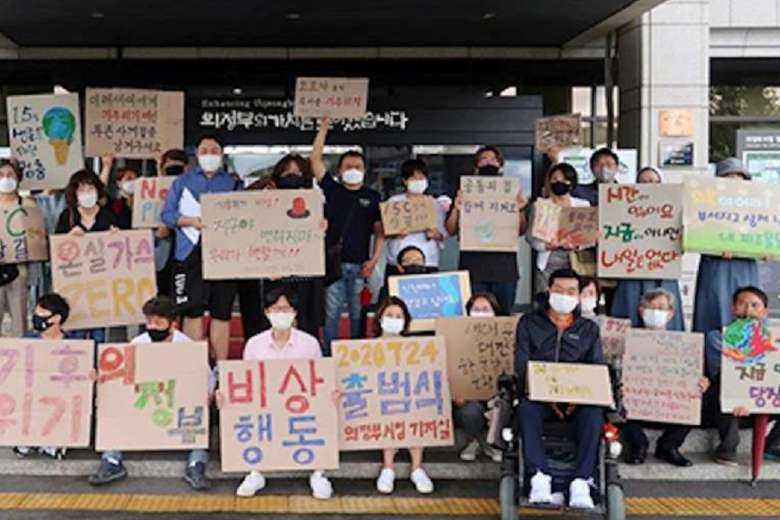 The South Korean Church has undertaken long-term pledges to protect and preserve the environment on the fifth anniversary of Pope Francis’ groundbreaking environmental encyclical on the environment, Laudato Si' (Praise Be To You).

The ecological pledges from Catholic archdioceses and dioceses are part of a seven-year plan of collective action to care for creation in the spirit of integrated ecology that aims for a sustainable world.

It comes as the global Church observes Laudato Si' Year from May 24, 2020, to May 24, 2021, as declared by the Vatican’s Dicastery for Promoting Integrated Human Development to mark the anniversary of the encyclical.

Korean bishops have vowed to work at various levels of each diocese, including individual believers and institutions, to care for the creation and to relieve the suffering of the poor, reported The Catholic Times of Korea.

“We cannot pass on an earth dying to our growing generations as a legacy,” their statement said.

The bishops also issued a special pastoral letter last year with an emphasis on the Church’s efforts to tackle what they called “the cry of Mother Earth and the poor.”

“The Catholic Church in Korea must actively participate in the seven-year ecological plan in union with the universal Church. A committee must be set up with a specific plan and put it into action,” the bishops said.

Korean archdioceses and dioceses have started programs and activities for the seven-year ecological journey.

The Environmental and Pastoral Commission of the diocese is leading the campaign and it published a pastoral action plan guideline with an integrated ecological approach to society, economy, culture and daily life.

The action platform introduces basic definitions and concepts of ecological theology to specific methods that can be followed in families and parishes, emphasizing education, solidarity and practice.

The commission has established an online database where materials such as documentaries, videos and QR codes for related organizations have been stored that can be easily accessed to raise awareness about the climate change crisis.

Affirming the urgency of the Church’s actions for ecological conservation, Bishop Peter Ki-heon Lee, head of Uijeongbu Diocese, said he feels “all the natural disasters, including coronavirus, are all affected by the climate crisis.”

Seoul Archdiocese plans to focus on “ecological spirituality and activities in education, practice, and solidarity” in the seven-year journey.

The plan includes ecological conversions in the form of “Masses for Our Planet” as well ecological retreats and prayer meetings.

The archdiocese also aims to promote ecological education among various age groups and classes including children, adolescents and adults as well as community leaders, districts heads, priests and religious leaders in parishes.

The archdiocese has formed a taskforce to prepare and implement a checklist that includes reducing carbon emissions, overcoming ecosystem destruction and establishing a system for continuous monitoring and reviewing of the actual situation and the contents of the implementation. It also plans to award exemplary practices of “care for creation.”

Cheongju Diocese in North Chungcheong province aims to engage with the local community to implement the seven-year ecological plan. Individuals and institutions will join together for a roadmap for each family, community and parish.

The diocese will run regular campaigns to raise ecological awareness and transform public perceptions about the environment based on a range of themes relating to sustainable management of transport, energy, water, trees, garbage and soil.

South Korea has a population of about 51.8 million. According to Pew Research Center, about 46 percent of South Koreans are non-religious, 29 percent Christians and 23 percent Buddhists. About 11 percent of the population or about 5.6 million are Catholics.