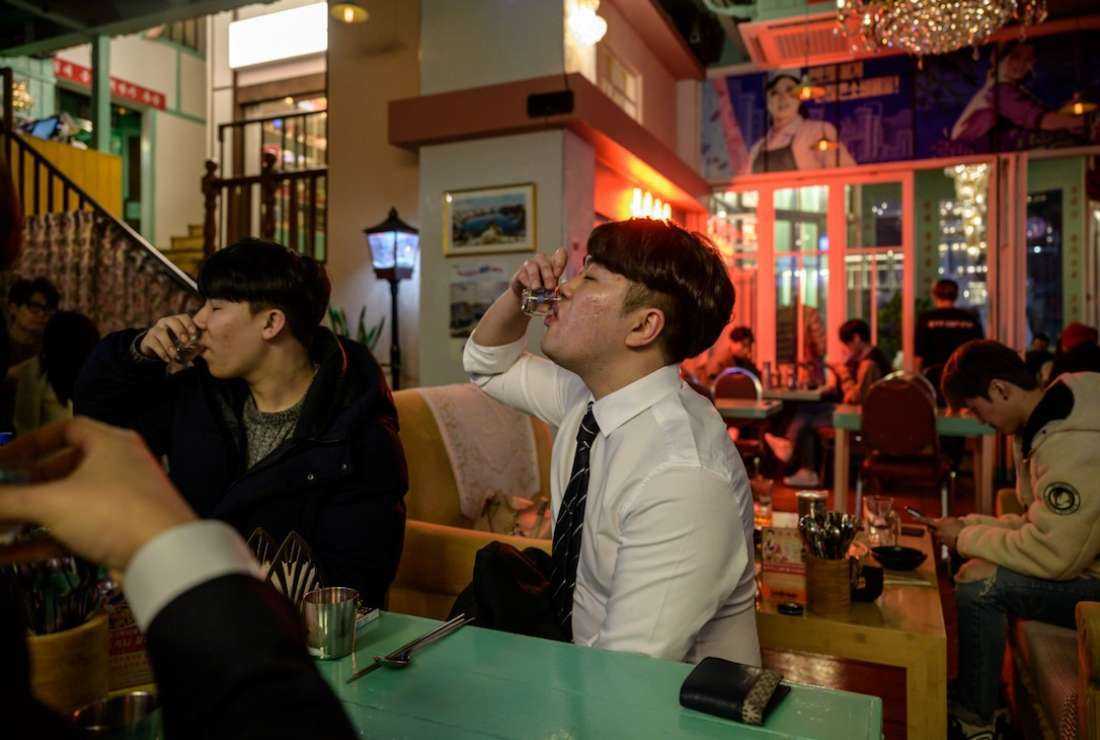 Young drinkers enjoy a night out at a bar in South Korean capital Seoul. (Photo: AFP)

Catholic Church officials and social activists in South Korea have called for urgent action including strict legislation to curb an alarming rise in drug addiction among adolescents and young people.

“In the face of various social problems that have been changed by the corona situation, we need to know how to maintain and protect the health and happiness of our families and future generations of youth and children,” said Bishop Timothy Yu Gyoung-chon, auxiliary bishop of Seoul Archdiocese.

The prelate, president of the Korea Addiction Research Foundation, made the comments during a seminar on drug addiction among children and youth, reported the Catholic Peace Broadcasting Corporation.

The symposium titled “Addiction Free Z (Generation)” was held on June 17 to chalk out a plan to address rising substance abuse among children and youth in South Korea through discussion with experts from across the country.

“I think it is a valuable opportunity to discuss new alternatives by listening to and sharing the opinions of experts from various fields on the question of how we can help them,” Bishop Yu said.

Na Se-Yeon, a representative from the Korea Health Promotion and Development Institute, presented his findings.

"In Korea, although the level of regulations on alcohol abuse has been strengthened, it is still low compared to major foreign countries"

He said 19.3 percent of high school students in Korea have experienced drinking alcohol. Among them 49.8 percent are females and 42.5 percent males.

The institute also found that on average children had their first alcoholic beverage at the age of 13.2 years. High school students were 1.6 times more prone to alcohol consumption than middle school students.

Although Korea has a strict alcohol and drug policy, experts claim they are inferior to the laws of other countries.

Korean law prohibits alcohol consumption before the age of 20. It also warrants up to five years in jail for illegal substance abuse.

In 2013, South Korea passed anti-rebate legislation which allows criminal charges against doctors and pharmacists who are receiving illegal drugs. In 2021, a mandatory drug test policy for Korean teachers was introduced.

The United Nations Office on Drugs and Crime (UNODC) reports that crystal meth was the most used drug in South Korea in 2021.

"In Korea, although the level of regulations on alcohol abuse has been strengthened, it is still low compared to major foreign countries. It will occur, so it will be necessary to monitor and strengthen regulations on things that are newly generated in the regulatory blind spot,” Na Se-Yeon said.

"When addictive substances such as alcohol, drugs and tobacco enter the body, they act on the reward circuit, which is a highly effective way to feel pleasure. It is never a healthy pleasure"

Jong-Eun Ha, the director of KARF, explained the causes of addiction from a medical point of view.

“The trend of smoking and drinking among adolescents is declining, but given the characteristics of adolescents, it is not a safe situation at al. When addictive substances such as alcohol, drugs and tobacco enter the body, they act on the reward circuit, which is a highly effective way to feel pleasure. It is never a healthy pleasure,” he said.

Koreans are prohibited to consume drugs in countries that have legalized such substances.

As a result, many Korean youth and students abroad use the opportunity to gain access to psychedelic drugs. On their return to South Korea, these students try to buy the drugs through illegal means, exposing themselves to the illegal market and its dangers.

In 2020, South Korea became the first country in Asia to legalize marijuana for medical purposes.

Cho Chang-Seon, team leader of the Goyang Addiction Management Integrated Support Center who presented his findings, insisted that strict enforcement of regulations and age limits is needed in South Korea like in North American nations.

The research team found that the Covid-19 pandemic has contributed to the increase of addiction among children and adolescents.

Father Eun Seong-Je of Seoul Archdiocese said the Church should collaborate with parents and other groups to tackle addiction through counseling, service and healing. “Members of the church community have to walk together," he said.