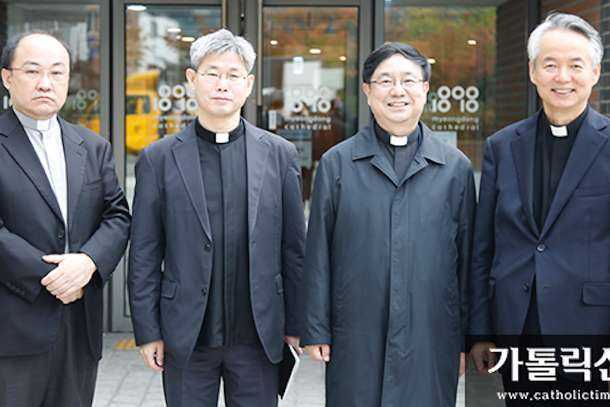 Seoul Archdiocese plans to establish a Catholic Academy of Arts to spread awareness of church art and to manage church art more professionally.

The project plans to collect arts and artifacts within the archdiocese and other parts of the country for their maintenance, conservation and study, church officials announced. The academy, planned as a non-profit organization, is scheduled to be launched on Nov. 29, the first Sunday of Advent that starts the four-week season preparing for Christmas.

The academy plans to have an education center headed by archdiocesan public relations committee president Father Father Mattias Heo Young-yup. "The establishment of the Catholic Academy of Arts will be a major milestone in the pastoral ministry," Father Young-yup said. Father Simon Jee Young-hyun, director of Seoul Catholic Artists Association, and other senior priests are also part of the project, Father Young-yup said. He said works to preserve church arts and studies about them have been going on. The academy was set up following demands from Catholics for the conservation and management of artworks, the priest said. "Many of the dilapidated artifacts are preserved by using scientific methods," he said, adding that the archdiocese also plans a museum as part of the project to showcase local Catholic history through arts. The project will help the "scattered artworks to be brought together under one roof and arrange them in a more systematic, objective and professional way," said Father Aemillius Chung Woong-mo, associated with the project. Art lectures and seminars, suspended because of the Covid-19 pandemic, will be resumed under the academy's banner. These lectures will be conducted online, church officials said.