Young artists present 40 works in paintings, stained glass and sculptures based on 21 letters written by the saint 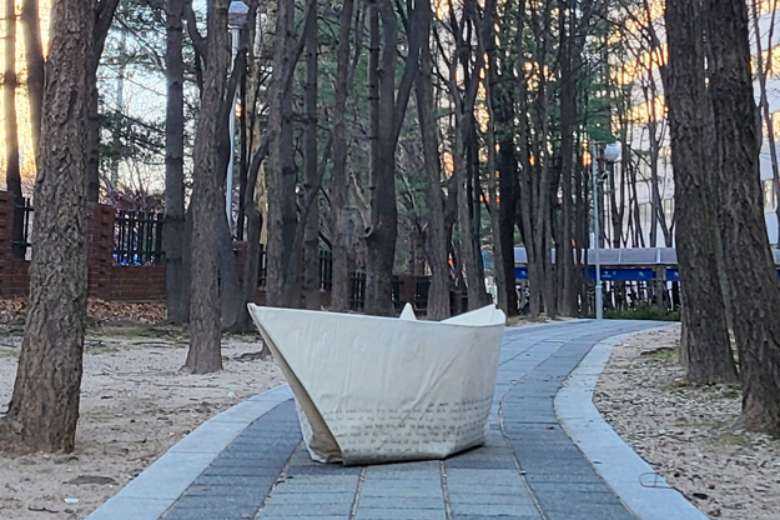 Young Catholic artists in South Korea showcased their work during an exhibition to commemorate the 200th birth anniversary of St. Andrew Kim Tae-gon, the first Korean Catholic priest who was martyred for his faith in the 19th century.

The Catholic Young Artists’ Association organized the exhibition where 24 artists presented 40 artworks based on 21 famous letters written by the revered saint, reported Catholic Times of Korea.

The paintings, stained glass and sculptures were displayed at a gallery in Myeongdong Cathedral in capital Seoul from Dec. 29 to Jan. 3.

Elizabeth Kim Ji-hye, the head of the association, noted that young Catholic artists like her consider St. Andrew Kim “a bright light for the Church and the society.”

The saint had great reverence for Virgin Mary, so Elizabeth presented a picture of the mother of Jesus in glasswork.

“I expressed my longing for Father Andrew Kim Tae-gon, who became a bright light in the darkness for the Korean Church by piling up great works and overcoming difficulties,” she said.

The ship was his hope and the conduit for life as a priest. I answered him by floating a boat in the daily life I live

The artist noted that the theme of her artwork was based on the saint's sixth letter when he wrote, “Whoever relied on God’s mercy and rushed to the protection of the Blessed Virgin Mary from ancient times, went to the city gate, confident that no one would be abandoned.”

Artist Maria Seo Hyo-eun made a boat from cotton cloth based on the saint's third letter when he mentioned a ship.

“The ship binds his feet and drives him forward to such an extent that it appears to be an important symbol that separates his path. The ship was his hope and the conduit for life as a priest. I answered him by floating a boat in the daily life I live,” she explained.

St. Andrew Kim, who was martyred at the age of 25, wrote 21 letters that describe the journey of his life as a student in a seminary in Macau to his martyrdom.

The artists selected verses of the letters they found close to their hearts and expressed them in their work.

Father George Kim Ji-hyun, organizer of the exhibition, praised the young artists for their homage to the great saint through their art.

“Young artists created many works of art contemplating the pain of martyrdom that Father Kim Tae-gon must have felt. It must have been a gift to them,” the priest said.

According to Franciscan media, Andrew Kim was born in 1821 to a family of Christian converts in Daejeon, now in central South Korea. Following his baptism at the age of 15, he traveled to study in a seminary in Macau, then Portuguese-ruled territory.

Six years later, he returned home from China through Manchuria. He crossed the Yellow Sea on a ship the same year and moved to Shanghai where he was ordained a priest.

Andrew Kim was arrested by royal forces, persecuted for his faith and beheaded by the Han River near Seoul in 1846

One of his major assignments was to assist missionaries to enter Korea secretly by a coastal route by evading border patrols. This was a dangerous task in the early days of Christianity in heavily Confucian Korea ruled by the staunchly Buddhist Joseon dynasty. Thousands of Catholics were tortured and killed for refusing to renounce their faith.

Andrew Kim was arrested by royal forces, persecuted for his faith and beheaded by the Han River near Seoul in 1846. His father Ignatius Kim was martyred in 1839.

During his visit to South Korea in 1984, Pope John Paul II canonized 103 martyrs including Andrew Kim, his father Ignatius and seven French missionaries who had been martyred in the 19th century.

Andrew Kim is now the patron saint of clergy in South Korea.