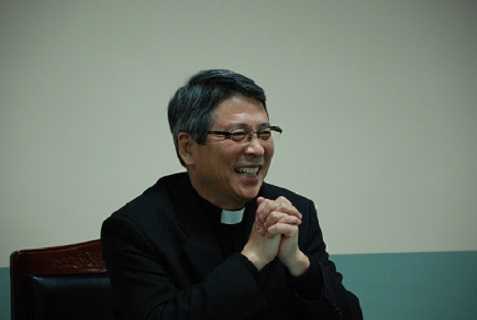 The Catholic Bishops’ Conference (CBCK) and pro-life activists have hit out at the country’s judiciary, accusing it of disregarding the law and turning a blind eye to abortions.

Bishop Linus Lee Seong-hyo, president of the conference’s pro-life activities said yesterday that suspended sentences recently handed down by a court to four abortionists who had carried out more than 400 illegal abortions did not come close to reflecting the severity of their crimes.

The ruling by the Daejeon High Court on June 26 in effect nullified the country’s abortion laws as a deterrent, he said yesterday.

South Korean law only allows abortions when the mother’s health is at serious risk or in cases of rape, incest or severe hereditary disorders. All abortions are illegal after the first 24 weeks of pregnancy.

Those who carry out abortions can face a maximum of two years in prison.

Despite this, abortions are a common practice the Church says.

The Daejeon High Court ruled that:  “Although the law prohibits abortion to protect fetuses, we cannot make light of women’s self-determination rights,”

In light of this the court could not hand the defendants heavy punishment, the judges ruled.

The Church however says the law is the law and must be upheld.

“The Catholic Church in Korea is gravely worried…. The judiciary made an error by ignoring the law,” Bishop Linus said referring to the Daejeon High Court decision.

“The court should have asserted its authority by executing the law properly to protect the unborn,” the auxiliary bishop of Suwon diocese added.

Thomas Cha Hee-jae, president of the Korean Pro-life Doctors Association, yesterday accused the court of ignoring the basic spirit of a law that protects human life.

“The court decided that it cannot punish abortion because it needs to protect women’s self-determination rights at the expense of the rights of an unborn child, thereby ignoring a criminal act,” he said.

“This is a serious mistake which could affect the whole society,” he added.