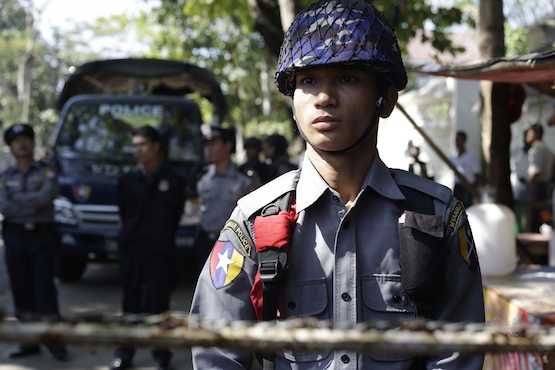 A file image of a Myanmar policeman. Amnesty International says Myanmar must conduct a "thorough, independent and impartial investigation" into the killing of prominent lawyer U Ko Ni in Yangon on Jan. 28. (Image: IANS)

Amnesty International has called for an independent investigation into the killing of U Ko Ni, a prominent human rights lawyer who advised Myanmar's ruling party.

"The killing of prominent lawyer U Ko Ni in Yangon [on Jan. 28] is an appalling act that has all the hallmarks of an assassination," said Josef Benedict, Amnesty International's Deputy Campaigns Director for Southeast Asia and the Pacific.

"It demands that the authorities immediately launch a thorough, independent and impartial investigation," said Benedict.

A Muslim, U Ko Ni was returning from a government-organized trip to Indonesia, part of wider efforts to foster interfaith tolerance and reconciliation. He and a taxi driver were shot at Yangon airport. The suspected gunman has been arrested.

"His death will send shock waves across the human rights community in the country and beyond, and the authorities must send a clear message that such violence will not be tolerated and will not go unpunished," said Benedict.

"U Ko Ni was a tireless human rights campaigner, and his death marks the loss of an important voice in the fight for human rights in Myanmar," he said.

U Ko Ni was a lawyer and legal adviser to the National League for Democracy, the ruling party led by Aung San Suu Kyi.

Recent years have seen a worrying rise in tensions between Myanmar's Buddhist and Muslim communities, at times leading to deadly violence.