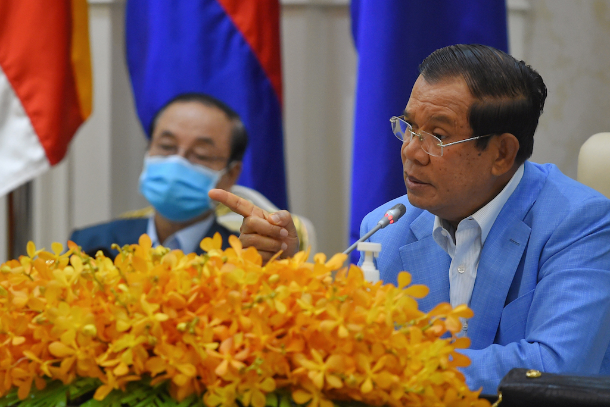 The decision was met with disappointment but also understanding given almost 75,000 people have died from Covid-19 around the world. Cambodia has confirmed 115 cases but no deaths and 58 people have recovered.

“It is to be expected,” said one Phnom Penh street vendor who declined to be named. “This virus is highly contagious and so far Cambodia has been lucky.”

“The government wants to reduce the traveling of people to prevent the spread of infection from one place to another. This measure is to prevent the people from contracting the virus. The safest places are working places,” Hun Sen told a press conference on April 7.

He also said the New Year holiday, which runs from April 14-16, will be offset by a five-day holiday to be announced once the pandemic is declared over.

Cambodia’s exposure to the virus has been relatively light compared with other countries.

Father Giovanni Tulino, a missionary with the Pontifical Institute for Foreign Missions, said people were reassured that Cambodia’s humid climate had hindered the spread of the disease.

“At present, the situation is back to normal. The panic of the first days is no more. Now people go about their business without wearing masks,” he said in a recent interview.

Hun Sen was initially criticized for his cavalier attitude to the virus, allowing ships with infected passengers to dock, while there have also been subtle accusations that foreigners are responsible for its transmission. But that has changed with borders closing, flights canceled and increased numbers of Khmers working in neighboring countries now returning home and potentially bring the disease with them. Next-door Thailand has recorded more than 2,200 cases and 27 deaths.

He also said 150 Cambodian migrant workers in Malaysia would delay their return to the kingdom.