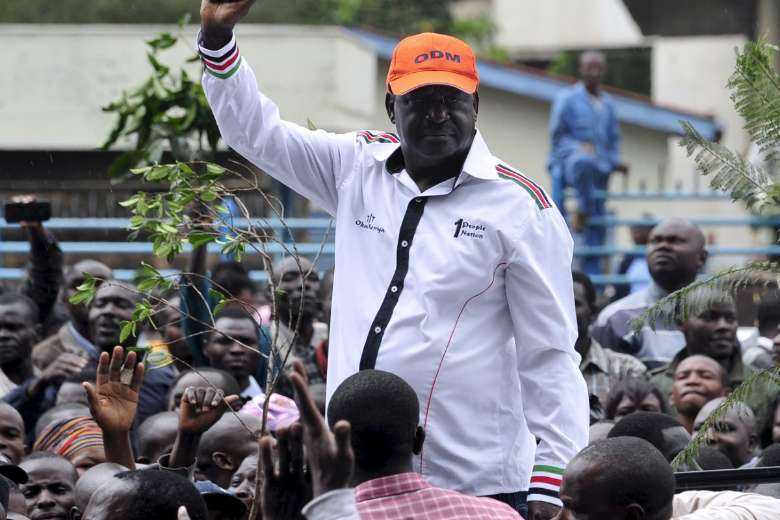 Kenya's Catholic bishops joined other religious leaders in calling on politicians to ensure the forthcoming general elections, scheduled for Aug. 9, are free, fair and peaceful.

The prelates said they recognized "that myriad developments could emerge that could hinder peaceful, free, fair and credible elections. Let us all pray and call upon God."

The May 19 statement was issued under the umbrella of the Dialogue Reference Group, a coalition of religious, community, nongovernmental organizations and labor unions, to which the Kenya bishops' conference belong.

Elections will take place for president, members of parliament, governors, and members of local assemblies.

Political campaigns in the country are gradually gaining momentum. Past elections have been marred by violence. The clashes largely have been among community groups without formal organization and are based on identity lines. However, violence among ethnic groups aligned with the country's main political parties has erupted four times since 1992.

"We wish to firmly state again that our places of worship and liturgy are sacred and (do) not serve as political arenas. The church is above politics"

The bishops have repeatedly expressed their desire that candidates remain off of church compounds and away from pulpits, with their most recent statement on the issue coming in September.

"We wish to firmly state again that our places of worship and liturgy are sacred and (do) not serve as political arenas. The church is above politics," the bishops said in a Sept. 15 statement.

The bishops explained then that they were concerned that candidates not use church property "to further their political agenda."

Meanwhile in some parts of the country, that have been reports of local priests working with parishioners to allow candidates to address congregations in an effort to gain votes.

At Queen of the Holy Rosary Church in Kiambu, near Nairobi, candidates have addressed Sunday congregations during the current election cycle.

The local priest, who asked not to be identified, said such incidents have occurred while parishioners are leaving church after Mass.

"Well the bishops' order to this effect still stands," he told CNS. "Priests or church leaders allowing this to happen must know that this is against the last year's order by bishops," the priest said.

Father Micah Kemboi of Immaculate Conception Cathedral in the western town of Kitale, told CNS May 24, "We are doing everything possible to ensure the bishops' order on the ban is followed to the letter."

"There have been notable instances where this has been violated but no nasty incidents have so far surfaced," he said.

At another parish in Kiambu, candidates, including one is Catholic, have been seen addressing congregations on more than one Sunday.

Father Michael Ndichu of the parish would neither confirm nor deny that candidates had been at the church. He said it has been a challenge "to constantly continue to guard the pulpit and the wider church compound against the would-be wrong doers on this issue."

Meanwhile, Archbishop Anthony Muheria of Nyeri May 26 referenced the issue of candidates speaking at churches as he addressed the country's annual National Prayer Meeting in Nairobi.

Peace, he told the gathering of civic and religious leaders as well as politicians, "isn't just a word. A good word. It is a costly commodity which is paid with an entire life ... with all of you ... with all of me because it cost all of Christ. We want to pay that price for peace."

"Today, we are here to pray and we are pleading with God almost fearfully because just like the disciples in the Sea of Galilee we find ourselves facing a storm," he added. "Stormy weather. We see elections coming and it is a storm brewing. Our ship is being rocked by the waves, by the rising exchange of ungodly words and incitement."