This file image shows Myanmar workers standing on the bank of the Irrawaddy River in the country's northernmost Kachin State. The building of a massive China-backed dam and hydroelectric power project on the river was suspended seven years ago over environmental and cultural concerns. The Chinese government is pushing for it to be restarted. (Photo by AFP)

A Chinese embassy claim that a suspended controversial dam project in Myanmar's north has local community support has been refuted by a prominent Catholic Kachin leader.

"We haven't changed our minds and our desire is to stop it forever," said Tu Ja.

The Kachin leader was rebutting a statement put out by the Chinese embassy in Yangon that said the opposite.

"[The] local Kachin community were not against the project and it is some individuals and social organizations outside opposed it," said the embassy statement on Jan. 13.

Tu Ja met with Hong on Dec. 29 and the Kachin leader said they didn't tell the diplomat that they wanted the project restarted. China is just seeking public support to make that possible, he said.

"The Myitsone project is not only a concern of local people but also from people across the country," Tu Ja said.

The project is seen as environmentally and culturally destructive by many in Myanmar.

Tu Ja said that he hoped Aung San Suu Kyi's government will listen to the people's concerns and will not give the project a green light. 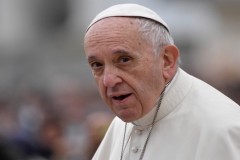 Echoes of an eco crisis in Bangladesh and Myanmar Manam Tu Ja to the right of Chinese ambassador Hong Liang (center in grey suit) during a meeting between Chinese embassy officials and local political parties in Myitkyina on Dec. 29, 2018. (Photo courtesy of Manam Tu Ja)

Pushing for a restart

The Chinese statement comes as China has been pushing for a restart of the controversial project, which has been suspended for seven years.

The US$3.8 billion dam was being built on the Irrawaddy River, Myanmar's premier waterway for hydroelectricity.

By 2010, the dam's construction caused at least 2,000 people to be relocated from their ancestral homes in Aung Myin Thar village.

Myanmar's Cardinal Charles Maung Bo has in the past publicly called on Aung San Suu Kyi's government to completely halt the project.

The government formed a commission on Aug. 12, 2016, to review hydropower projects in the country including Myitsone Dam. The commission provided a report with recommendations on whether or not certain projects should proceed. The report was submitted to the president in November 2016 but its content has not been made public.

China has significant economic and strategic interests in the region and has several controversial hydroelectric dams scattered throughout Kachin State. These projects are large-scale energy endeavors funded by China Power Investment Corporation and the China Datang Group. Most of the profits and electricity produced through these projects go back to China, analysts say.

China has pushed its strategic and economic projects in Myanmar, which it has shielded at the United Nations over the Rohingya crisis. China has made the most of the Myanmar government's strained relationships with Western countries.