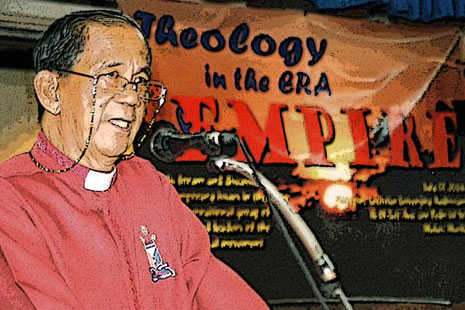 Human rights groups in the Philippines are demanding justice for the killing of Bishop Alberto Ramento — a murder that remains unsolved eight years after his death.

“The land where his blood was spent still cries for justice,” Cristina Guevarra, secretary general of the group Hustisya, said in a statement Monday.

Ramento, of the indigenous Philippine Independent Church, led ecumenical movements and was known for fighting for the rights of sugar-plantation workers in the northern Philippines province of Tarlac. His body was discovered inside his rectory in Tarlac City in October 2006.

Police originally ruled the killing a “simple case of robbery with homicide”, while a local court later dismissed the case against the then-suspects because police failed to attend court hearings.

But eight years later, human rights groups remain skeptical of the official explanations. They say the police investigation and botched prosecution were part of a “systematic cover-up” of the Ramento murder.

"We are called today to give him the best fitting remembrance by continuing to demand justice and support to the farmers whom he loved and stood up with," Guevarra said in a statement.

On Friday — the anniversary of Ramento’s killing — about 100 farm workers and members of the Philippine Independent Church gathered to honor Ramento’s legacy as a “bishop of the poor peasants and workers”.

The Union of Workers in Agriculture said the late bishop "worked tirelessly" to seek justice for the victims of the November 16, 2004 Hacienda Luisita massacre, in which seven farmers were killed and 121 others were injured when police opened fire on a protest blockade.

The group said that Ramento's work as a "fearless human rights advocate" earned him the ire of the military.

However, police officials insist the killing was not politically motivated.

Former police officer Nicanor Bartolome, who handled the original investigation of the bishop's killing, said in an interview that there was “no evidence that would point to another motive other than robbery”.

National police spokesman Wilben Mayor could not be reached for comment.

A police official privy to the investigation, who asked not to be named because of a lack of authority to speak to the media, said that police view the Ramento killing as a “closed case”.