Those who fight conversion are against the Christian claim that Christ is the only god and all other gods are false, judge says 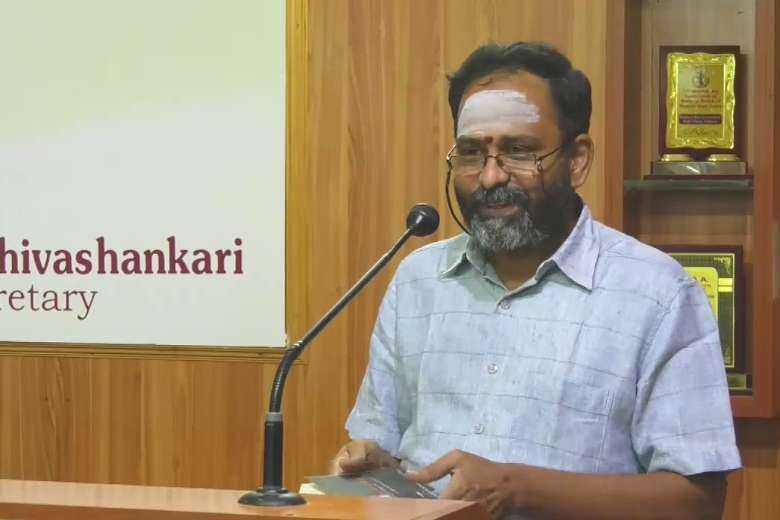 The top court in southern India's Tamil Nadu state has ordered a Catholic priest to face trial for allegedly hurting the religious sentiments of Hindus and criticized Christian missionaries claiming Jesus Christ as the only true god.

The Madras High Court on Jan. 17 said that “the offending speech” of Father George Ponnaiah, a vicar of Kuzhithurai Diocese, “prima facie attracts the offenses” under various clauses of the Indian penal code. However, it dropped charges of him violating provisions of the Epidemic Diseases Act for breaking Covid-19 lockdown rules.

Father Ponnaiah is accused of outraging the religious feelings of Hindus, promoting enmity between different groups on grounds of religion, and doing acts prejudicial to the maintenance of harmony among others.

The priest allegedly committed crimes during a public meeting at Arumanai, a village in Kanyakumari district, on July 18, 2021. The meeting was a protest against the continued closure of churches in the district due to a pandemic-induced lockdown.

Right-wing Hindu groups complained to police demanding immediate arrest of the priest. He was arrested on July 24 and a local court remanded him to judicial custody. He was later released on bail.

A reading of the petitioner's speech as a whole does not leave anyone in doubt. His target is the Hindu community

Father Ponnaiah later sought a pardon, saying his intention was not to hurt anyone. However, police filed charges, forcing him to approach Madras High Court seeking a direction to quash the charges.

However, the single bench of Justice G.R. Swaminathan agreed with police that the priest should face trial for his statements.

“It is not necessary that all the Hindus should feel outraged. If the offending words outrage the religious feelings or beliefs of even a section of Hindus, the penal provision would be attracted,” said the judge in his 31-page order.

“A reading of the petitioner's speech as a whole does not leave anyone in doubt. His target is the Hindu community. He is putting them on one side and the Christians and Muslims on the other. He is clearly pitting one group against the other.

“The distinction is made solely on the grounds of religion. The petitioner repeatedly demeans the Hindu community. The words uttered by the petitioner are sufficiently provocative. They reek of malice and supremacism. The question is whether the state can ignore such incendiary statements as that of a lunatic fringe. The answer has to be in the negative. The petitioner is a charismatic Catholic priest. He commands a large following."

"They saved territory all right but they lost the souls. This is a point where Mahatma Gandhi [the father of the nation] and Veer Savarkar [a strong proponent of Hindu nationalism] had converged — the lost territory could be gained from the enemy but the souls lost to the enemy. That is very difficult to recover,” the judge said in his order.

“Those who fight against conversions do not regard Jesus as a false god or even a foreign god. They actually fight against the monopolistic claim that he is the only god and all other gods and goddesses are false.

“It created witch hunts and burning at the stake in the dark centuries in Europe and it launched the world’s longest inquisition in India, which was recommended to be imposed by St. Xavier. In Goa St. Xavier ruthlessly destroyed Hindu places of worship and harassed Hindus, while in Kanyakumari district he is hailed as a saint by the people of the very same nation his recommended inquisition would burn at the stake — not just Hindus but also Jews and Muslims, all Indians.”

You will understand what I am saying. Hindus are not a religious community. They by their very presence guard the minorities and their diverse ways

Justice Swaminathan said evangelical and Islamist forces often join hands during elections to defeat any pro-nationalist political dispensation. This cuts across the parties, he noted.

“But remember one thing. This is not about religion. This is about theodiversity. The Hindu majority is the protection of all minorities,” he said.

“Imagine the Catholics of Ireland under the Protestant UK — think of their troubled history. Imagine Ahmadiyas in Sunni-dominated Pakistan. They cannot even call themselves Muslims. Imagine Protestants in a Catholic-majority society. Then imagine all these minorities in a Hindu-majority society.

“You will understand what I am saying. Hindus are not a religious community. They by their very presence guard the minorities and their diverse ways.”

The judge admitted that he “fell in love with Lord Jesus Christ. Did he not say 'Beloved, let us love one another, because love comes from God. Everyone who loves has been born of God and knows God?'”

Speaking to UCA News earlier, Archbishop Antony Pappusamy of Madurai, who is also the apostolic administrator of Kuzhithurai Diocese, disapproved of Father Ponnaiah's alleged remarks. He said the Catholic Church does not support such statements.

The priest still has options to move a division bench of the High Court and then the Supreme Court, the top court in the country, for redressal of his grievances.