'Jordan is part of the Holy Land,' bishops' delegation says 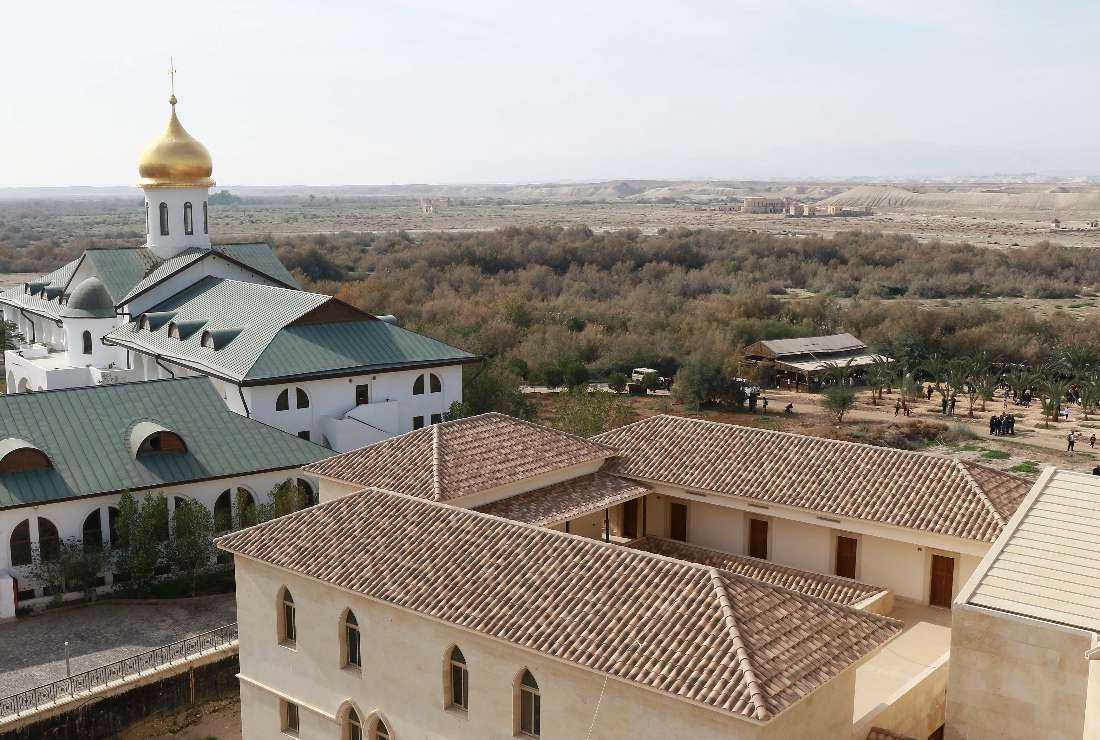 This picture shows a view of the Church of the Baptism of Christ, near the site of Al-Maghtas, where Jesus is believed by Christians to have been baptized by Saint John, in the Jordan river valley, some 60 km southwest of the Jordanian capital Amman, on Jan. 13. (Photo: AFP)

An ecumenical delegation of bishops from 11 countries participated in the annual pilgrimage of the Holy Land Coordination, which took place Jan. 14-19 in Jordan.

Catholic bishops from Canada, France, Germany, Iceland, Ireland, Italy, Scotland, Slovakia, Spain, the United Kingdom and the United States said they wanted to bring their solidarity to the local Christian community by visiting parishioners and young people during Sunday Mass throughout Jordan Jan. 15.

They also met lawmakers and diplomats as well as Christian refugees from Iraq and Syria sheltering in Jordan, who have escaped years of conflict and sectarian violence in their neighboring homelands.

Auxiliary Bishop Nicholas Hudson of Westminster, a member of the Catholic Bishops' Conference of England and Wales, led the delegation.

"Jordan is integral to the Holy Land, as the site of the Lord’s baptism and early ministry," the bishops’ final communique read. "Across the country, we have been welcomed into parish communities, many of which we found to be vibrant."

The bishops engaged in a packed schedule throughout their stay. They participated in a special Epiphany Mass Jan. 13 to commemorate St. John’s baptism of Jesus at Bethany Beyond the Jordan, on the eastern bank of the Jordan River. The Mass, led by Archbishop Pierbattista Pizzaballa, Latin patriarch of Jerusalem, drew thousands of enthusiastic pilgrims and foreign visitors from across the country as COVID-19 restrictions ended.

A UNESCO World Heritage site, Bethany Beyond the Jordan is the officially recognized place of John’s baptism of Jesus by the Catholic Church and other Christian denominations. St. John Paul II, Pope Benedict XVI and Pope Francis have visited and prayed at the site.

The visiting bishops explored how pilgrimages from their own countries can best continue to support the local Christian communities.

The region's Catholic bishops have recently called for efforts to address the increasing violence and political instability in the Middle East, a message underscored by Pope Francis in his speech to the diplomatic corps in Rome and by Archbishop Pizzaballa at the baptism site.

"Unfortunately, we’re seeing in all the Middle East a lot of tensions, divisions, borders, barriers, while we think that our future is to be united in our diversities," Archbishop Pizzaballa told journalists gathered on the banks of the Jordan River. "We hope that this place could become a small example that peace, if we want, is possible here."

Jordanian clergy shared concerns they have with the bishops, including the economic crisis, ongoing political tensions in the region, their fear of Islamic fundamentalism, and the declining Christian population in Jordan where their religious cohorts now number about 2% of some 11 million people.

Jordan is viewed as a beacon of stability in the region. It has a tradition of peaceful religious coexistence supported by the ruling Hashemite family, but conflict in nearby Syria, Iraq, Israel and the Palestinian territories has strained the resource-poor country’s stability, causing more Jordanian Christians, especially youth, to emigrate in search of employment. Jordan’s hosting of several million refugees for many years has also caused economic and resource strains.

Still, the bishops said meeting "young Christians who, despite facing significant social and economic challenges, remain resolutely committed to enriching both Church and society." Bishops observed "the important role that Christians play in building bridges of hope between communities."

Msgr. Mauro Lalli, the chargé d’affaires of the apostolic nunciature in Jordan, lauded Jordan’s efforts to reach out to those in need during a banquet Jan. 17 to honor the visiting bishops.

"Despite Jordan's proximity to conflict zones in the Middle East, it built a model of society based on tolerance and mutual understanding free from illusions but based on healthy realism," he said.

Msgr. Lalli also called on the visiting bishops to continue supporting the Christian presence in the Holy Land region, as well as to strengthen the social work carried out by all churches.

Wael Suleiman, who directs Caritas Jordan, called the care Jordan and the church has provided to Iraqis and Syrians as one "not of refugees, but guests."

A branch of Caritas Internationalis, the Catholic church's humanitarian organization, Caritas Jordan has made health care, education, vocational training, accommodation, food and drinking water available to the vulnerable with help from churches and governments.
"This was a remarkable year," Father Rifat Bader, director of the Catholic Center for Studies and Media in Jordan, told OSV News of the bishops' visit. "This emphasizes that Jordan is part of the Holy Land. We are proud of it. Jordan is fully part of the Holy Land and not on the margin."

Father Bader said that it was important for the bishops to see the baptism site and the ministry taking place there as well as the work done to develop the adjacent area to serve visitors. "I think the bishops will go home to promote the pilgrimage of the faithful to Jordan, the Holy Land." 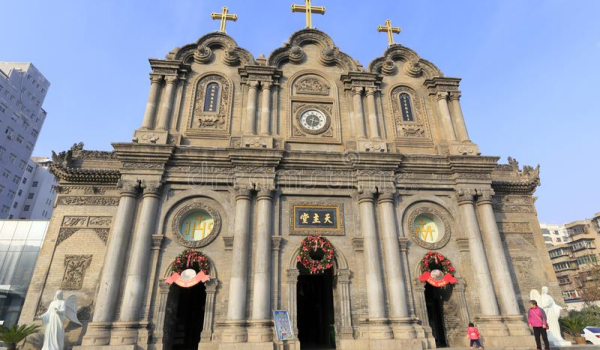