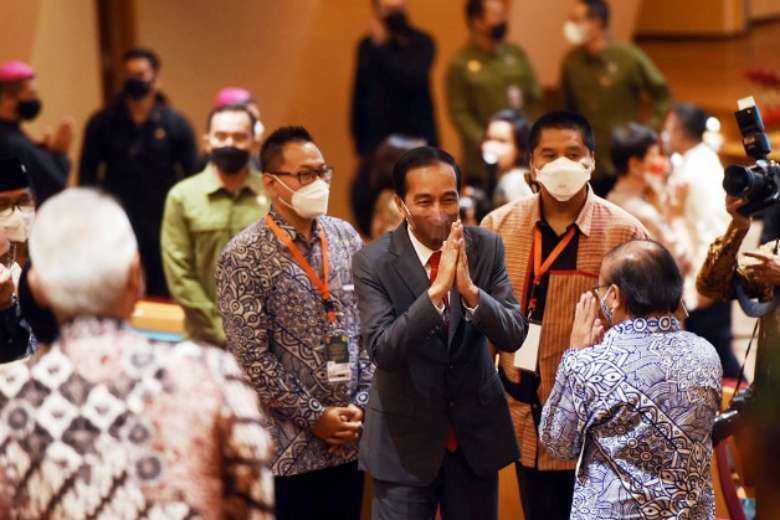 President Joko Widodo has expressed his gratitude to one of the oldest Catholic universities founded by European missionaries for its contribution to the progress of Indonesia.

He was speaking on Jan. 17 at the 67th anniversary of Parahyangan Catholic University in Bandung, West Java, one of the oldest and prestigious private universities managed by the leadership of the Catholic Church since its foundation in 1955, a decade after Indonesia's independence.

The Indonesian president, who was present at the event with Education Minister Nadiem Anwar Makarim, said he was grateful for the role played by the university “in the history of the nation in the form of thoughts, human resources and real works for the progress of Indonesia.”

Widodo appealed to the university to continue to live up to Pancasila, the five principles of Indonesia's national ideology based on secularism, which he said was the strength of the Muslim-majority country.

“I hope that this university will contribute to the transformation of Indonesia, contributing through superior human resources, through innovation in science and technology," he said.

In the history of this country, this university can be proud because it inherited the noble values of Pancasila from the two founding fathers

Mangadar Situmorang, the rector of the university, thanked Widodo for his visit while assuring the president that they were committed to Indonesia's development and honoring Pancasila.

He said, historically, this was based on the university’s proximity to Indonesia’s founding fathers, both the first president Sukarno and the first vice president Muhammad Hatta, who had visited the campus in its early years.

“In the history of this country, this university can be proud because it inherited the noble values of Pancasila from the two founding fathers. This sense of pride and gratitude is also a responsibility to liven up Pancasila in academic studies and the practice of living with the people,” he said.

The university has seven faculties, including the faculty of philosophy, a place to study for seminarians from Bogor and Bandung dioceses as well as from several congregations such as the Order of the Holy Cross.

The board of trustees of the campus foundation is chaired by Bishop Antonius Subianto Bunyamin of Bandung, with members including Bishop Paskalis Bruno Syukur of Bogor.