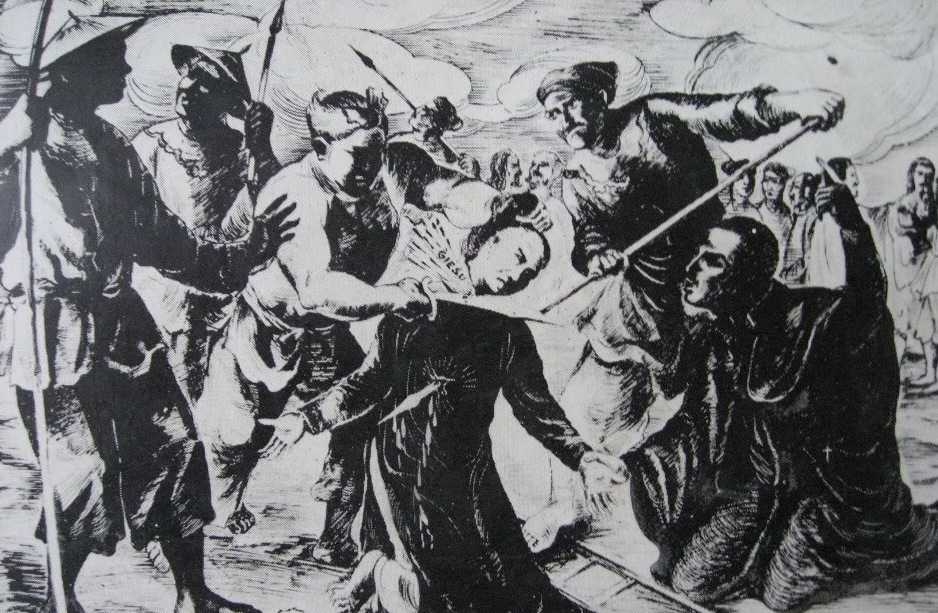 Celebrations to mark the 400th anniversary of the arrival of the first Jesuit missionaries to Vietnam have been scheduled to begin on January 18 with a Mass in Ho Chi Minh City’s Notre Dame Cathedral.

The Society of Jesus announced the advent of commemorations through a website set up for the anniversary.

The Jesuits in Vietnam “will hold a jubilee year, organize seminars on missionary work and the Quoc Ngu [romanized Vietnamese script], hold pilgrimages to the home town of Blessed Andrew Phu Yen and the place of his execution,” said Fr Joseph Liem, Jesuit Provincial of Vietnam, in a statement announcing the commemorations.

Blessed Andrew Phu Yen is the proto-martyr of Vietnam who worked with the early Jesuits and was killed in 1644. Pope John Paul II beatified him in 2000.

The first Jesuits arrived at the port of Hoi An in central Vietnam on January 18, 1615, accompanied by a group of Japanese Christians fleeing persecution at home.

Though not the first Catholic missionaries in Vietnam – they were preceded in 1533 by a lone missioner and in 1550 by missioners from the Dominican order – the arrival of the Jesuits was a significant departure for the Church there and had significant consequences for Vietnamese culture and its contribution to the early history of evangelization.

The goal of this year’s celebration, says the website, is the spiritual renewal of the Jesuits in Vietnam and all those who have adopted the spirituality of St. Ignatius Loyola.

The desired effect of this renewal is the strengthening of the missionary spirit of the Church in Vietnam and to help Vietnamese Christians to know something of the history of the Christian mission in their country.

Fr Liem says part of the year will be seminars and forums aimed at “learning and promoting ways to evangelize properly in the world today through looking back over the history of evangelization in Vietnam. What can we discover that will suggest better ways for us to engage with the people of Vietnam today?”

It was an early Jesuit, Alexandre de Rhodes, whose work led to the romanization of the Vietnamese script, called "Quoc Ngu", from its Chinese character format.

Before the arrival of the Jesuits, isolated attempts at evangelization occurred throughout the sixteenth century. In 1533, a Westerner named "I- Ni- Khu" came to the country, propagating Christianity in the region of Nam Dinh.

In 1550, the Dominicans came from Malacca, with Luis Fonseca, Gregory La Motte and Gaspar de Santa Cruz arriving in the Province of Ha Tien.

In 1580, four more Dominican friars came from the Philippines to the province of Quang Nam in Central Vietnam. And in1584, four Franciscans arrived in Hanoi.

The arrival of the Jesuits in Vietnam was in two initial waves. The first arrivals landed in the commercial port of Hoi An. There were two Jesuits – François Busomi and Diego Carvalho – accompanied by three Japanese Christians.

Quickly other Jesuits came to join them: François de Pina, Christopho Borri and especially Alexandre de Rhodes, the best known of them.

In 1627, Alexandre de Rhodes became responsible for evangelization in Tonkin. He arrived in the province of Thanh Hoa and founded the first Christian communities in Hanoi.

In 1650, Father de Rhodes suggested that the Congregation for the Propagation of the Faith (Propaganda Fide) in Rome send bishops to the country and train and ordain local Vietnamese clergy.

This initiative was responsible for the appointment in 1659 of the first Vicar Apostolic sent to Vietnam, Monsignor Pallu, who led the new Church in Tonkin, and Bishop Lambert de la Motte, who took responsibility for leading the new Church in the south of the country then known as Cochin China.

These first bishops were members of the newly founded Paris Foreign Mission Society.