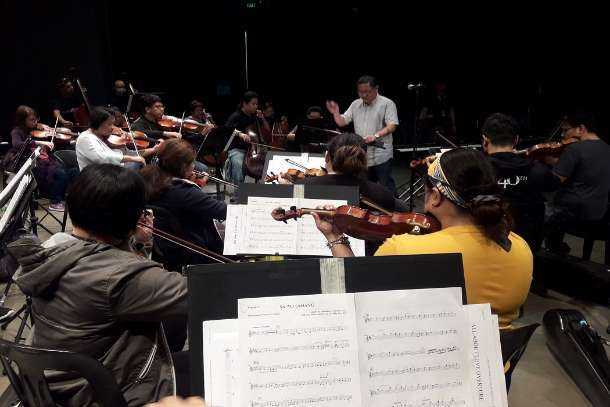 Jesuit Father Manoling Francisco at a rehearsal of the ABSCBN philharmonic orchestra in February 2020. (Photo supplied)

Saint Augustine once said that “music… is given by God’s generosity to mortals having rational souls in order to lead to higher things”.

To many in the Philippines, the compositions of Jesuit Father Manoling Francisco, or simply “Father Mano” illustrate Saint Augustine’s words perfectly.

His songs are played in all churches in the Philippines and sung by more than 85 million Catholics across the archipelago.

Young and old in the Luzon, Visayas, and Mindanao regions sing his compositions during Mass and even at non-liturgical gatherings like parties or beauty pageants.

His tunes serenade more than church interiors and sacred images but the soul of every Filipino, showing a foretaste of heaven.

During the Covid-19 pandemic, his compositions have been a source of inspiration to people to pray to Mary, particularly during the Feast of the Holy Rosary earlier in October.

Father Francisco said he had never thought of the priesthood when he was young. He wanted to be a musician. In fact, he started playing the piano when he was six years old.

“My dream was to become a concert pianist like my paternal grandmother,” he said.

But one afternoon, while waiting for their family’s driver at the Jesuit-run Ateneo de Manila University, he suddenly felt God’s presence and a call to follow Christ’s footsteps in the priesthood.

A nephew of Marcos critic and slain senator, Benigno “Ninoy” Aquino, Jr., the priest says his uncle’s assassination had a deep impact on him. He felt a sense of activism especially when he went to college and experienced abuses by the Marcos dictatorship first-hand.

“As I was becoming more aware of the political climate in the Philippines during Marcos’ time, Ninoy’s assassination spurred me into activism in college. I felt that my heart was being pulled apart because I wanted to be with our people in their struggles. But at the same time, I wanted to pay attention to the promptings of the Holy Spirit which is the call of the Lord to the priesthood,” Father Francisco said.

He recalled the moment of his discernment that made him join the Jesuits.

“One night while praying, the Lord reminded me that while political freedom and economic development are important, they are all part of God’s redemption.,” said Father Francisco.

He thought he could find peace in books and in the university. But he realized the world does not offer the kind of peace.

“When I surrendered myself to the Lord, I found the peace I was looking for. Suddenly the confusion vanished. Suddenly the anxiety dissipated and I found myself at peace. So, the following day, I decided to join the Jesuits,” Father Francisco said.

His passion for music was there even before he entered the Jesuits and has helped deepen his appreciation and expression of the faith.

Ave Maria and Stella Maris are songs that depict the Filipino people’s deep and strong devotion to Mary.

Ave Maria, latin for the Angel Gabriel’s opening words “Hail Mary”, is sung during the recitation of the Rosary.

As a biblical prayer, it is a traditional prayer of praise for Mary as the Mother of God. It has had many versions since being written in the sixth century -- from Gregorian chants to renaissance and in contemporary music.

Stella Maris, meanwhile, is Latin for “star of the sea” -- a title attributed to the Blessed Mother as a female protector or guiding spirit at sea.

In a country surrounded by water, Stella Maris is a song fisher folks and fishermen consider close to their heart.

For Filipinos, Mary is the guiding star that leads them to Christ. She is the guide and protector of seafarers especially when oceans are rough.

Father Francisco brings a Filipino experience in his compositions. They make sacred and liturgical music attuned to the daily life and culture of Filipinos.

From a family of musicians, he has transformed music into prayers that have lifted anguish and brought hope to people.

He says he hopes his songs continue to inspire and lead churchgoers to pray and deepen their relationship with God. 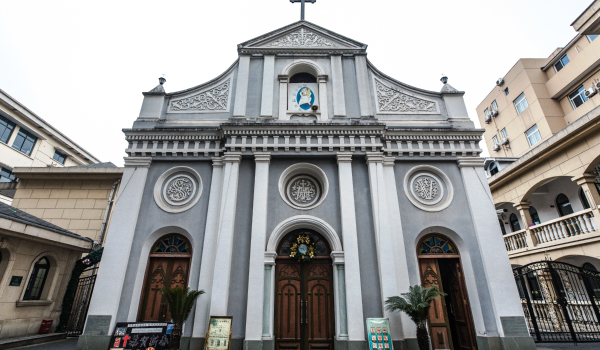 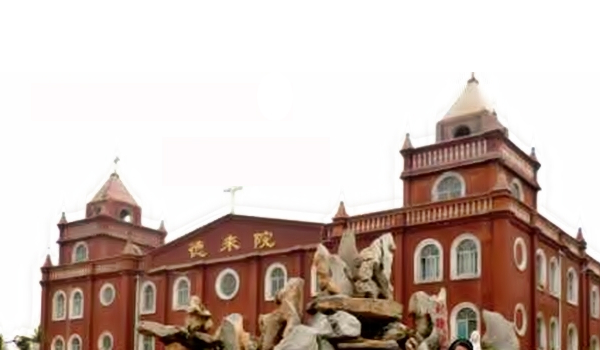