A file image of parishioners attending Mass at St. Joseph Cathedral in Baton Rouge in the United States. (Photo by Paul J. Richards/AFP)

A Jesuit priest has weighed into the debate over the religious book The Benedict Option by saying the choices it puts forward could place Christians at risk of isolating themselves from "people of goodwill."

The option put forward in the book is that Christians should — in the face of an increasingly hostile secular world — form robust local Christian communities.

Through that, Father Lind wrote that Dreher's book was trying "to posit a way for faithful Christians and their communities to not only preserve their religious principles and customs but also flourish within a more secularized society."

The Benedict Option puts forward a readaption of the charism of St. Benedict of Nursia (circa 480-547) that Belgium-based Father Lind says "interprets past history and our present time."

But in his article Father Lind said that the option put forward by Dreher "brings the risk of an exclusive focus on moral rigidity, doctrinal purity and the re-establishment of a parallel society rather than on the construction of unity and communion within the church and with all people of goodwill."

Father Lind points out in his article that Dreher's book has a pessimistic outlook regarding contemporary societies.

"Although religious liberty should be affirmed to let Christians practice their faith, Dreher does not seem to want to show the importance of true dialogue, springing from that human dignity in which all liberties are grounded," he wrote.

The option put forward by Dreher "does not propose a way to live in and evangelize this new 'place'," wrote the priest.

Father Lind's article follows The Benedict Option being described last year as "the most discussed and most important religious book of the decade," in a review byThe New Yorker. 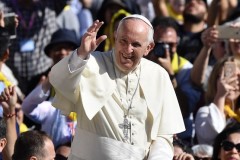 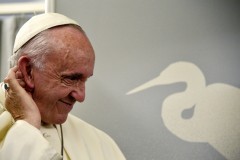 To read "The Benedict Option: What is the role for Christians in society today?" by Father Lind in full click here.