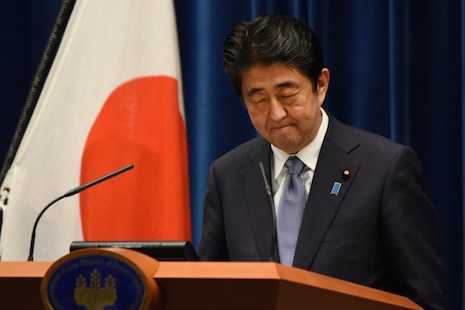 Japanese Prime Minister Shinzo Abe delivers a war anniversary statement, which neighboring nations will scrutinize for signs of sufficient remorse over Tokyo's past militarism, at his official residence in Tokyo on Aug. 14. (Photo by Toru Yamanaka/AFP)

Japanese Prime Minister Shinzo Abe spoke of “profound grief” for his country’s actions during World War II in a highly anticipated speech Aug. 14 marking 70 years since the end of the conflict.

Following weeks of criticism in South Korea and China over a lack of remorse and pressures at home from hardliners in his party, Abe’s comments trod a fine political line.

“Upon the innocent people did our country inflict immeasurable damage and suffering. History is harsh. What is done cannot be undone. Each and every one of them had his or her life, dream, and beloved family,” he said. “When I squarely contemplate this obvious fact, even now, I find myself speechless and my heart is rent with the utmost grief.”

In an allusion to the estimated 200,000 women forcibly recruited as comfort women by the Japanese army, Abe twice spoke of never forgetting “the dignity and honor of many women severely injured during wars in the 20th century.”

Abe has come under criticism in the past after he claimed so-called “comfort women” across Asia were not coerced into sexual slavery, in comments made during his first stint as premier in 2007.

His speech today mirrored those made by his predecessors with one key departure: in looking toward the future, Abe stressed future Japanese generations should not have to say sorry over and over again.

“We have the responsibility to inherit the past, in all humbleness, and pass it on to the future,” he said.

“However, if you compare what he said to past apologies, they were subjective. Abe was more objective, like a history teacher. It didn’t sound like it was coming from the heart,” he told ucanews.com by telephone from Tokyo. Surviving Filipino comfort women and their families and supporters stage a protest rally outside the Japanese Embassy in Manila Aug. 14. (Photo by Vincent Go)

In China, many people took to the micro-blogging site Weibo to criticize Abe’s speech. Some complained the Japanese prime minister had too often said one thing and done another.

“How about how Japan treats its history of aggression in textbooks?” said one user, referencing the toning down of history lessons under Abe’s administration.

Abe’s speech also prompted protest elsewhere in the region. On Aug. 12, 80-year-old Choi Hyun-yeol self-immolated at a weekly protest in support of comfort women outside the Japanese Embassy in Seoul.

“The Abe administration is not repenting for the mistakes of history,” he wrote on leaflets thrown just before setting himself on fire.

In the Philippines, which Japan occupied from 1942 until 1945, activists joined former comfort women in a demonstration outside of the Japanese Embassy in Manila Aug. 14.

Protesters complained they had been denied justice by Japan and abandoned by the Philippines government, which has sided with Tokyo in territorial disputes with China in the South China Sea.

“After three generations, we are still fighting and demanding an apology,” said Estelita Dy, an 85-year-old survivor of wartime sexual slavery enforced by the Japanese army. “Only a few of us remain to continue the fight. Many have died without tasting justice.” 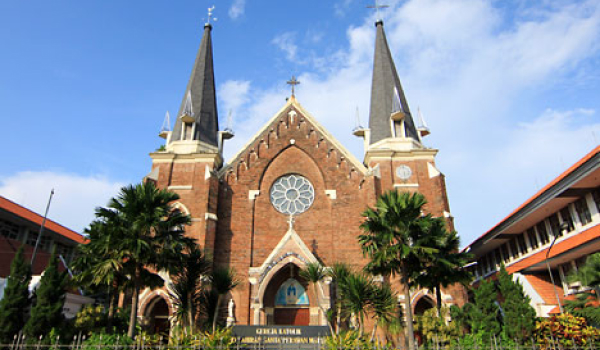