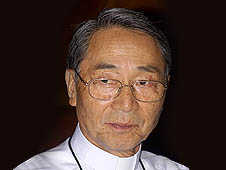 The president of the Catholic Bishops’ Conference of Japan (CBCJ) has called for the cooperation of priests and laypeople to confront "problems" with the Neocatechumenal Way, which he says has had a negative effect in the country. “In those places touched by the Neocatechumenal Way, there has been rampant confusion, conflict, division, and chaos," the Jesuit Archbishop of Osaka, Leo Jun Ikenaga, said in a statement published in Katorikku Shimbun, the Catholic Weekly of Japan, yesterday. “In Japan, the net effect has been negative,” said Archbishop Ikenaga in his statement. "We bishops, in light of our apostolic pastoral responsibility, could not ignore the damage." Pope Benedict XVI refused a request from four Japanese bishops, including Archbishop Ikenaga, to suspend the Neocatechumenal Way for five years that the prelates made in a meeting in Rome on Dec. 13. A few weeks before that meeting, the Japanese episcopal conference announced that it would suspend the activities of the movement in Japan. Archbishop Ikenaga’s statement suggests that the bishops are unwilling to let the matter rest there. “Until now, the CBCJ has engaged with both the Holy See and the Neocatechumenal Way. But now the time has come to gain the participation of the laypeople of Japan,” he wrote in the statement dated Dec. 20. Archbishop Ikenaga said that the pope plans to send an envoy to Japan soon. He said that the bishops hope that those who have come into personal contact with the actions of the Neocatechumenal Way will relate their experiences to the pope’s envoy. “The fact is, it’s very difficult for the real state of affairs to be conveyed to a place as far away as Rome,” he wrote. "We hope that they [the Neocatechumenal Way] will take a hard look at why things haven’t worked out here so far and, for the first time, help us root out the cause of the problems, so that we can find the path to a solution.” The meeting in Rome was attended by the pope, the Vatican’s Secretary of State Cardinal Tarcisio Bertone, five other cardinals and one archbishop. The Japanese delegation included Bishops Osamu Mizobe of Takamatsu, Ryoji Miyahara of Fukuoka, and Isao Kikuchi of Niigata. The 86 year-old Bishop Takaaki Hirayama, who is retired in Rome, also attended. The Neocatechumenal Way set up in Japan around 1970 in the Diocese of Hiroshima. In 1990, the affiliated Redemptoris Mater seminary was built in Takamatsu diocese, which has the smallest number of resident Catholics of any Japanese diocese — only 5,000 are registered there. JA12833.1636