Japan stops use of 1.63m Moderna doses over contamination A medic places vials of Pfizer-BioNTech and Moderna vaccines on a table before administering doses at a Clalit Health Services Medical Centre in Jerusalem on Aug. 10. (Photo: AFP)

Japan will halt the use of 1.63 million doses of Moderna's Covid vaccine after reports of contamination in several vials, drugmaker Takeda and the health ministry said on Aug. 26.

Takeda, which is in charge of sales and distribution of the Moderna shot in Japan, said it had "received reports from several vaccination centers that foreign substances have been found inside unopened vials".

"Upon consultation with the health ministry, we have decided to suspend the use of the vaccine" from three batches from Thursday, it added.

The firm said it had informed Moderna and "requested an urgent investigation".

In a statement, Moderna said the reported contaminations involved "one product lot distributed in Japan".

"Moderna believes the manufacturing issue was generated in one of the lines used at its contract manufacturing site in Spain," it added, saying so far "no safety or efficacy issues have been identified".

"Out of an abundance of caution, Moderna has put this lot and two adjacent lots on hold," it said, without specifying the nature of the contamination.

"We have not received reports of health problems stemming from the foreign object," top government spokesman Katsunobu Kato told reporters.

"But we are asking people to consult their physicians if they experience any abnormality."

Contaminants were seen in 39 unopened vials at eight vaccination locations in central Japan, including Tokyo, according to national broadcaster NHK. 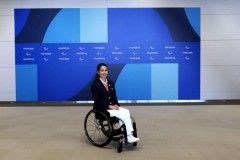 The defence ministry said doses from a suspended batch had been administered between Aug. 6 and 20 at its mass vaccination centre in the western city of Osaka.

However, staff visually check vials for contaminants before injecting the formula, the ministry said, adding that its Tokyo vaccination centre was not affected.

Kato said there had been no "concrete reports" that doses confirmed to contain contaminants had been administered.

The health ministry said it would work with Takeda to secure alternative doses to avoid disruption to the country's vaccine programme, which has ramped up after a slow start.

Around 43 percent of Japan's population has been fully vaccinated, as the country battles a record surge of virus cases driven by the more contagious Delta variant.

Over 15,600 people have died from Covid-19 in the country, and large parts of Japan are under virus restrictions.