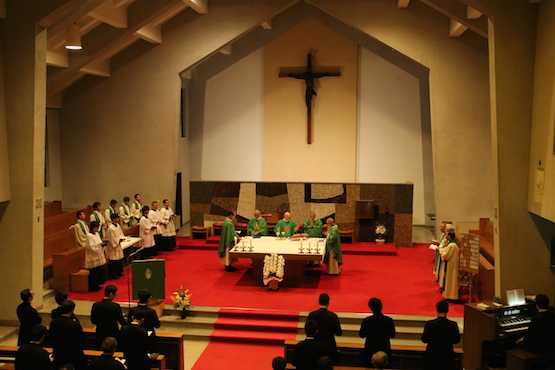 The Japan Catholic Seminary's Fukuoka campus will be used by all five dioceses of Nagasaki province. (Photo supplied)

Bishops in Japan have decided to once again divide the two-campus national Japan Catholic Seminary into two seminaries, reversing the merger between Tokyo and Fukuoka that took place in 2009.

At the Feb. 19-22 ordinary plenary assembly of the Catholic Bishops' Conference of Japan (CBCJ), 16 bishops decided the Japan Catholic Seminary, which has campuses in both cities, would be separated into two inter-diocesan seminaries.

The CBCJ issued a statement explaining the background of the Japan Catholic Seminary and the bishops' latest decision. The statement was dated Feb. 20 released on the CBCJ's website three days later.

The Tokyo seminary was managed by Jesuits from 1947 to 1970, when it was transferred to a CBCJ committee. Sulpicians had been charge of the Fukuoka seminary since 1948. The Tokyo campus will cater to all the other seminarians from 11 dioceses. (Photo supplied)
Under the merged system, diocesan seminarians have divided their six-year seminary life between the two campuses, which are 900 kilometers apart.
According to the CBCJ statement, the bishops began to re-examine the merger in 2014 because of the financial and staffing difficulties involved in maintaining the two campuses.
The bishops were inclined to agree there should only be one seminary but they could not decide which campus to maintain.
The prelates of the Tokyo and Osaka ecclesiastical provinces wanted to cooperate with the Jesuit-run Sophia University in Tokyo.
However, bishops from Nagasaki province wanted to educate their seminarians integrally under the Sulpicians' method.
Some also argued that maintaining two campuses, or seminaries, was a better way of attracting local vocations.
It was during the CBCJ's extraordinary plenary assembly in September 2017 that the bishops of Nagasaki, Fukuoka, Kagoshima and Oita proposed establishing a single inter-diocesan seminary.
Following the CBCJ's decision last month, the Fukuoka seminary will be used by all five dioceses of Nagasaki province. The other 11 diocesan bishops will send their seminarians to Tokyo. 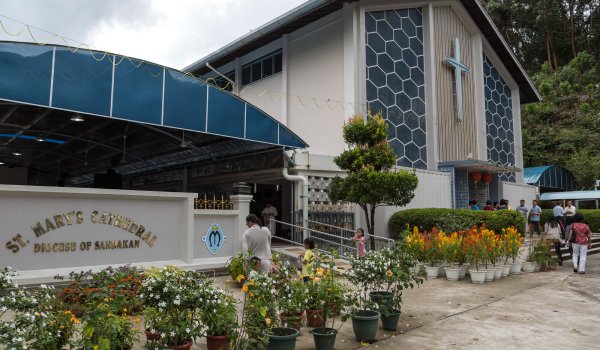