Basuki Tjahaja Purnama poses for a picture with his eldest son Nicholas, soon after his release from prison on Jan 24. (Screenshot from Nicholas Purnama’s Instagram page)

His eldest son Nicholas and several supporters belonging to a group, which manages his social media account, met him outside the prison.

Purnama went directly to his home in North Jakarta, said Ima Mahdiah, who was one of the supporters who met him.

Soon after his father's release, his son posted a picture of his father and himself on his Instagram account with the message. “He's back. My dad's a free man! Thank you everyone for the support.” 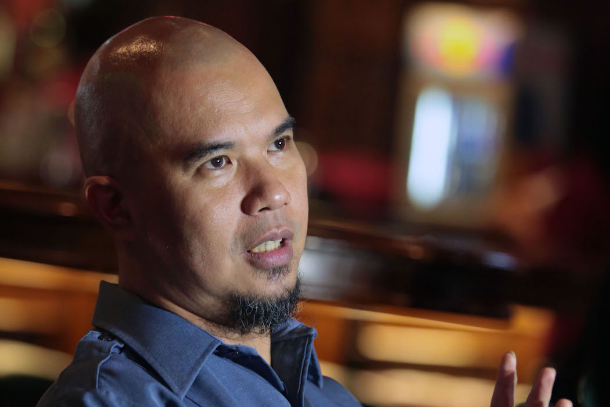 Prior to his release, Law and Human Rights Minister Yasonna Laoly called on Purnama's supporters to keep their celebrations low key.

“Don't make a big thing of it. People get released from jail all the time,” he told reporters.

Last week Purnama appealed to supporters not to come to the prison on his release “for the common good” and “for the sake of public order.”

He also apologized to those he says he may have been hurt by his remarks while in office.

The former governor was jailed on May 9, 2017 after standing trial for insulting the Quran.

“He first wants to rest and go on vacation,” Hidayat said.

Novel Chaidir Hasan Bamukmin, who filed the original police report against Purnama, said the former Jakarta governor should be a better man after having served his prison term.

“I hope he'll uphold the first principle of our national ideology of Pancasila [five principles], which is belief in one God. I hope he'll focus on his own religion, instead of insulting someone else's,” he told uccanews.com.

Bamukmin, who is also a member of the notorious Islamic Defenders Front and Brotherhood of 212 Alumni — an alliance of Islamic hard-line groups — suggested that Purnama improve his public speaking skills should he consider a return to politics.

The "212" in the brotherhood refers to a mass protest date — Dec. 2, 2016 — when thousands of Muslim hardliners demanded Purnama be arrested for blasphemy.