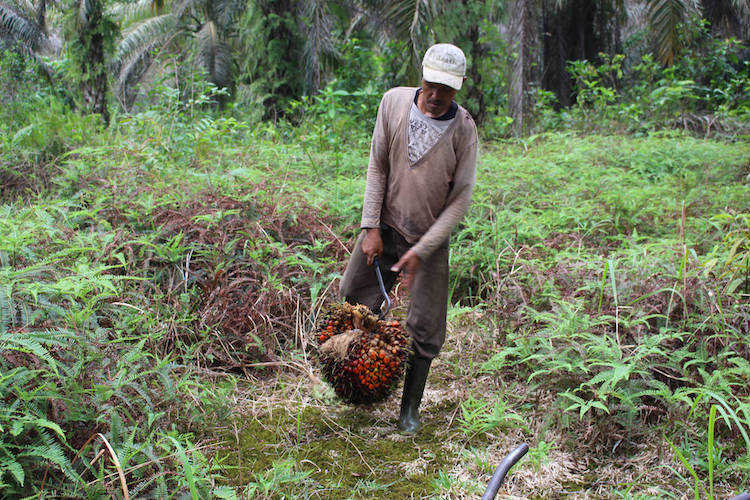 The Vatican has resolved to help Indonesia persuade the European Union to rethink its recent move try and impose an import ban on palm oil, which Jakarta says could bring hardship to millions of Indonesians who depend on the industry.

As part of the effort, the Vatican plans to host a seminar to raise the issue with the EU this month.

Antonius Agus Sriyono, Indonesian ambassador to the Vatican, told ucanews.com on April 27 that during the meeting, Panjaitan talked about the bad impact the EU ban would have on farmers.

"The minister said the ban was not in line with humanitarian values as it will cause unemployment and poverty for palm oil farmers and workers," he said.

In an official statement after the meeting, Panjaitan said that Cardinal Peter Turkson, Director of the Pontifical Council for Justice and Peace had voiced "concern over the fate of oil palm farmers and millions of people whose lives depend on the palm oil industry.

"He specifically stated what would happen if these workers … had no income anymore," he said, pointing out that there were 16.5 million people who depend on the industry.

"Cardinal Turkson is proposing to hold a seminar that addresses this issue at the Vatican's Pontifical University next month," he added.

Representatives from the EU, multi-national companies using palm oil products, farmers from Indonesia and Malaysia and religious institutions, would be invited to attend, he said.

"The Vatican has a voice that can be heard because it always puts forward humanitarian issues," Panjaitan said.

He also planned to lobby the EU directly.

In January, the EU voted to amend a draft law on renewable energy that calls for cutting out palm oil from biofuels and bioliquids. The move was aimed at preventing deforestation and to meet its more ambitious climate goals.

The move was met with protests from Indonesia and Malaysia, the two biggest palm oil producers.

Marcelinus Andry from Indonesia's Palm Oil Farmers Union said they wrote to the EU asking for a review of the ban.

"The palm oil has been a key source of income for millions of farmers who will be effected," he said.

Last year Indonesia exported a total of 28 million tonnes of palm oil, valued at US$23 billion, 40 percent of which went to Europe for conversion into biofuels.