Child's travel plans may have saved life of one Catholic 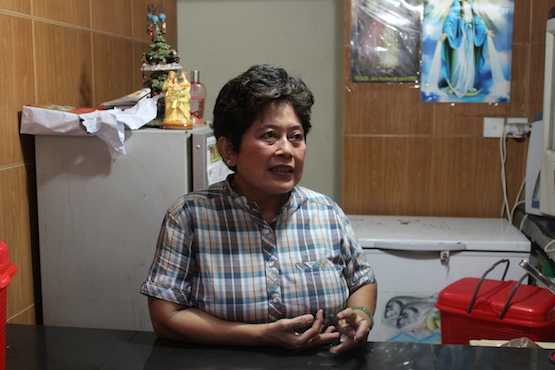 At 11 a.m. each morning Wiwin Sumantri usually walks past the Central Jakarta department store, where the bloody Jan. 14 terrorist attacks occurred, on her way to St. Theresa Church, where she sells food.

On the day of the attacks, however, she woke up earlier than normal to help one of her children prepare for a trip. That bit of providence may have saved her life or from serious injury as she arrived to work hours earlier.

"I live in a simple flat across the department store. Luckily, one of my children wanted to go out of town at around 5 a.m. that day. So I woke up early. I passed the street earlier than usual," she said.

"God still wants me to live," she told ucanews.com.

Sumantri said she was working at St. Theresa's when the blasts occurred. Moments later, a friend ran up to her.

"She was in the restroom of Starbucks. She immediately broke a window and ran away after hearing the explosions," she said.

St. Theresa's is the closest Catholic parish to the Sarinah Department Store, located about 500 meters away.

Sumantri said the parish's priests appealed for calm, instructing parishioners not to worry.

"We've stayed calm. We've been ready (to anticipate any possible attacks) since Christmas," she said.

Yustinus Henri Sandjojo, parish administrator, said that the parish priest asked him to check the church compound following the explosions.

As a security precaution, the parish initially chose to close one its two entrance gates and check all people who enter the church compound, Sandjojo said.

Nevertheless, by 5 p.m. both church gates were reopened.

"Everything is normal now," he said. "We are not afraid."