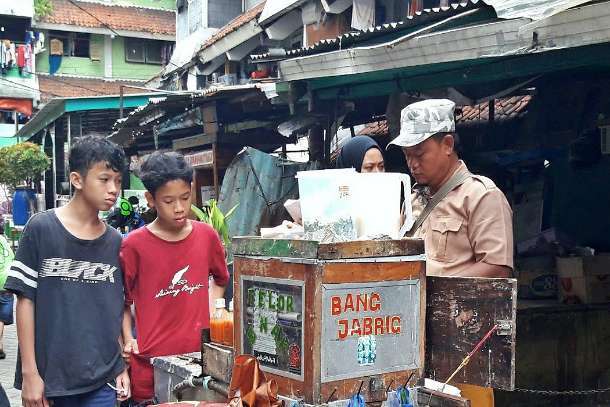 Children and a vendor in a densely populated area of Jakarta are seen not wearing face masks in this June photo despite warnings to do so because of Covid-19. City authorities reimposed restrictions on Sept. 14 to contain the spread of the virus in Indonesia’s capital. (Photo: Siktus Harson/UCA News)

The recent decision to retighten social distancing restrictions shows authorities in Jakarta have failed to curb the spread of the coronavirus in the national capital. Covid-19 remains unstoppable, with daily infections continuing to soar.

In recent weeks, nearly half of the country’s daily new cases have reportedly been in the city of 11 million, prompting Jakarta authorities on Sept. 14 to reimpose social restrictions implemented in April that were lifted only last month.The government seems to have miscalculated the spread of Covid-19 in the city. The number of new cases did appear to decrease during the first round of social restrictions and it looked as though things were improving.
Donate to UCA News with a small contribution of your choice

Unfortunately, it was temporary and merely due to the low level of mass testing, but it convinced the authorities to gradually lift restrictions.