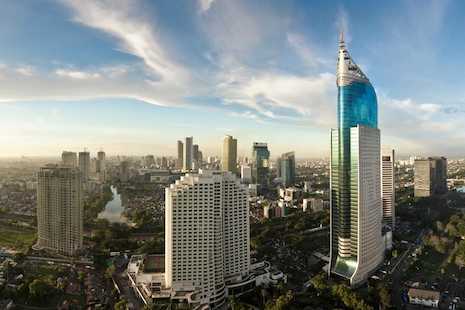 The three-day conference at Jakarta's Istora stadium will include musical performances, talks from local church leaders, as well as sermons delivered by Youssef, who will focus on the topic, "What is the value of your soul?"

Phil Cooke, one of the media producers for Youssef's Indonesia mission, told CP on Thursday that this global outreach project reveals the strong affect media has on global evangelism.  "This evangelistic outreach in Jakarta, Indonesia with Dr. Michael Youssef is a brilliant example of why media matters to the Church today," Cooke, who is also the founder and CEO of Cooke Pictures, told CP via email.

"While the Jakarta national arena seats 15,000 people, and hundreds are coming forward to accept Jesus, it's also being broadcast to a potential media audience in the millions. In a country like Indonesia, which has the largest Muslim population in the world, you can't underestimate that impact," Cooke continued.

"In the kind of post-911 world we live in today, seeing a Christian leader speaking truth in a majority Muslim country is a powerful statement to the relevance of the Christian faith," Cooke added.

The three-day conference will include musical performances by popular Arabic gospel singer Nagieb Labib, Indonesian pop singer Ruth Sahanaya, as well as a

The focus of the conference prayers will be for Indonesia's president, government, and people.

Youssef, who founded Leading the Way ministry and The Church of The Apostles in Atlanta, said in a statement that he hopes his Indonesia mission will spark an immense revival in the world's largest Muslim nation.  "My prayer is God will use these meetings to spark a revival that will continue for many years to come and my hope is churches will be blessed by new believers coming," Youssef said.

He added: "As a pastor, we see new believers come to the church and really reinvigorate those who have been Christians for a long time. So, if we can fill these churches with an influx of new believers filled with zeal, courage and a fresh love for Christ, it will revive churches."

Youssef added in the press release that he hopes Christians around the world will pray for the success of his Indonesia mission.

"The most important thing for people to pray is for many to come to know Jesus Christ, that it will be a great harvest for the Lord. Join us in praying for the Holy Spirit's work in lives so this is not just an event that is over after three nights, but it would be a spark that would ignite a fire that will go on for years to come," Youssef said.