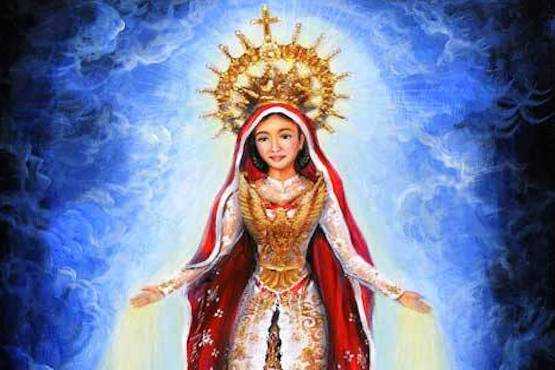 The image of Our Lady of All Ethnicities is being introduced as a symbol of unity. (Photo supplied)

Archbishop Ignatius Suharyo of Jakarta has issued his first pastoral letter of the year declaring 2018 as the “Year of Unity.”

The three-page pastoral letter will be read out during Sunday Masses on Jan. 6-7 in all parishes.

“In 2018, we want to have a deep understanding of the state philosophy’s third principle — national unity — through a slogan ‘We are Diverse, We are Indonesia,” he said.

According to him, the slogan contains ideas, which should be materialized into various activities to build a new way of perceiving, thinking and acting in which others’ interests have prominence.

Fears of religious intolerance are growing in Indonesia and were highlighted by the use of religion in the bitter Jakarta governor election last year that saw the ouster and jailing of ethnic Chinese Christian governor Basuki Tjahaja Purnama.

As part of the declaration, he says his archdiocese is launching an image of Our Lady of All Ethnicities as a symbol of unity. This image has a national character: the national emblem of Garuda Pancasila on her chest, a red and white veil on her head, and an Indonesian map on her crown.

“We hope the image will make us realize that brotherhood, togetherness and unity within the church and the society are God’s blessings we must continue to ask for in our prayers and to materialize in our endeavors,” Archbishop Suharyo said.

The pastoral letter also mentioned the need for Catholics to strengthen national unity despite their differences, including political ones.

Indonesia will hold regional elections in at least 17 provinces, 39 municipalities and 115 districts in June.