Indonesian police near a traffic police outpost in Jakarta that was damaged by a Jan. 14 bomb blast. (Photo Ryan Dagur)

Jakarta Archdiocese has condemned a series of explosions and gunfire outside a Central Jakarta department store on Jan. 14 that killed at least seven people.

"We're so concerned about the attacks. We strongly condemn such acts that ignore humanity and [cause] such terror among the Indonesian people," said Veronica Wiwiek Sulistyo, chairwoman of the archdiocese's Indonesia Catholic Society Forum.

"As an integral part of this nation, we call on the government to deal with the attacks properly. We hope that the government, through the police and military personnel, is able to protect all Indonesian people," she said.

The attacks "are a clear signal that shows how our intelligence officers work and how threats faced by this nation are related to the global terrorism network," she said.

According to Jakarta police spokesman Senior Commander Muhammad Iqbal, at least seven people were killed in the attacks, including five perpetrators. Two of the dead were suicide bombers, Iqbal said.

At least 20 people were injured, including five policemen, he added.

"We all are deeply saddened by the incidents. We all condemn such acts that shake up the people's security and peace and that spark terror among the people," he told reporters.

Ridwan Habib, a defense and intelligence analyst from the state-run University of Indonesia, told ucanews.com that the attacks signal the presence in Indonesia of the terrorist group known as the Islamic State, or ISIS.

Two alleged sympathizers of the Islamic State were arrested Jan. 9 in Indonesia by the national police anti-terror squad.

"If some terrorists are arrested, others will try to launch attacks immediately. This is their tactic. They have intelligence officers and a strategy. They let some members be arrested and, at the same time, other members launch attacks," he said.

"Remember, ISIS once said that Indonesia would be the world's attention," he said.

"It's still early this year. I think what he had said is now proved," he said. 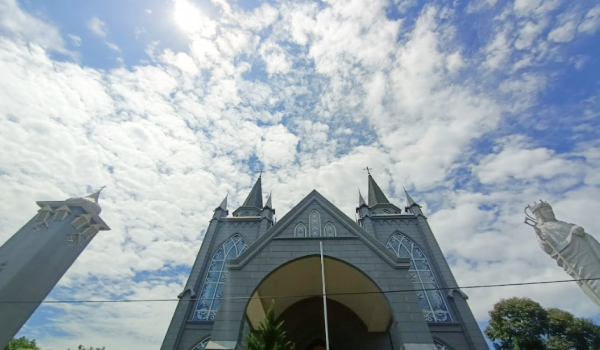