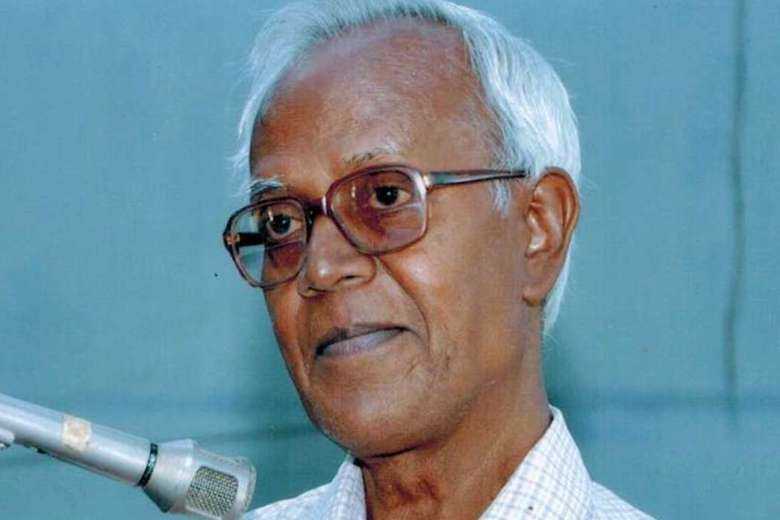 Father Stan Swamy had been detained in Taloja Central Jail in Mumbai since October. (Photo: Wikipedia)

Jailed elderly Indian Jesuit Father Stan Swamy died on July 5, two days after he was put on a ventilator after his health deteriorated in a Catholic-managed hospital in Mumbai city.

Father Swamy died at around 1.30pm India time, more than a month after he was admitted to Holy Family Hospital following a top court order, said Father A. Santhanam, a Jesuit lawyer who has closely followed the case of his 84-year-old confrere.

“Father Swamy was put on a ventilator on July 3 night after his health worsened suddenly,” he told UCA News on July 5.

Father Swamy was jailed on Oct. 9 last year, a day after he was arrested at his home in Ranchi, the capital of Jharkhand state in eastern India. He was accused of several charges including collaborating with outlawed Maoists to overthrow the federal government.

He was admitted to the hospital on May 28 following a direction from Bombay High Court, the top court in the western state of Maharashtra.

The priest tested positive for Covid-19 a day after his hospitalization.

The court initially allowed his hospitalization for 14 days but extended it until July 5 after the priest’s health did not improve.

Father Swamy suffered from Parkinson’s disease, hearing impairment and other age-related issues, which some church leaders say must have prevented him from having proper drink and food in jail for more than six months. He also required assistance from others to do his daily chores.

The priest was among 16 accused in a sedition case. They were charged under the stringent provisions of the Unlawful Activities Prevention Act (UAPA) by the federal National Investigation Agency (NIA), which is tasked to combat terrorist activities. Charges under UAPA are considered non-bailable.

The High Court on July 3 postponed Father Swamy’s bail application to July 6 in view of his deteriorating health.

The federal rights body, the National Human Rights Commission, had taken up the case of Father Swamy and served notices to the chief secretary of Maharashtra's government and the superintendent of Taloja Central Jail, where he was detained until being hospitalized.

The NHRC action came in response to a complaint Father Santhanam had filed seeking proper medical care for the elderly priest.

The commisson also asked officials to give a report on the health situation and medical care of the priest within three days. It has posted its next hearing for July 8.

Rights groups and Jesuits say all 16 people arrested in the case are human rights activists who criticized the policies of the government run by the pro-Hindu Bharatiya Janata Party (BJP). They maintain the arrests and incarcerations are aimed at silencing criticism of the government.