Italian missionary and friend of Bangladesh's poor dies at 91 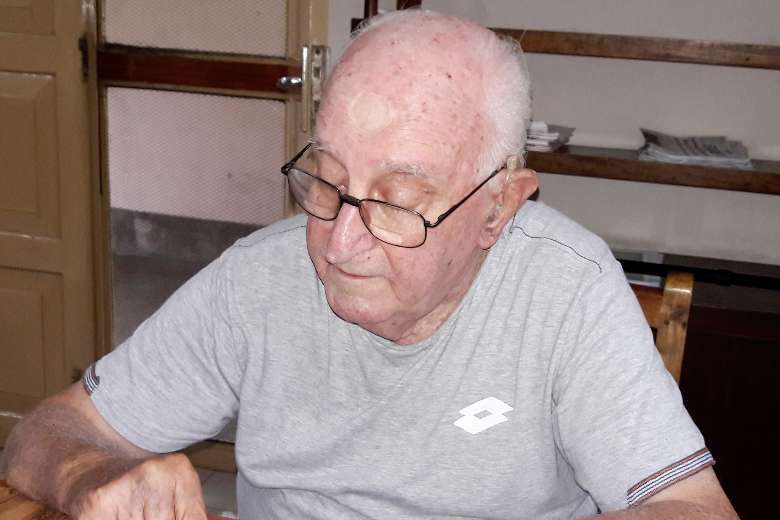 Italian PIME missionary Father Adolfo L'Imperio served in Bangladesh for more than four decades. He passed away in Italy at the age of 91 on July 3. (Photo: Dinajpur Diocese)

Catholics in Bangladesh are mourning an Italian missionary priest credited with designing churches and providing vital support for the socioeconomic development of poor and indigenous communities over four decades.

Father Adolfo L’Imperio, a member of the Pontifical Institute for Foreign Missions (PIME), died on July 3 in Lecco, Italy. He was 91. He had been suffering from various old-age ailments.

Adolfo L’Imperio was born on Feb. 28, 1930, as the third of six children of his parents in Zadar, then part of Italy but now located in Croatia.

He joined PIME at the age of 31 and was ordained a priest on June 19, 1967, for the Archdiocese of Gaeta in the Lazio region of southern Italy.

Following months of English language studies in London, Father L’Imperio was sent to East Pakistan (now Bangladesh) in 1969, two years before the country gained independence from Pakistan through a brief, bloody war.

For most of his missionary life, Father L’Imperio was based in Dinajpur Diocese, a predominantly indigenous diocese covering northern parts of Bangladesh. He served as a parish priest of several parishes including St. Francis Xavier Cathedral Church.

He was not only a great person in my life but also for many youths. He always inspired us to become great human beings

Father L’Imperio was a qualified architect and designed some 40 buildings including schools, churches, hostels, hospitals, bridges and houses of the poor in Bangladesh.

From 1972-173, he served as the first regional director of Caritas Dinajpur, one of eight regional branches of Catholic charity Caritas Bangladesh.

The priest is credited with setting up schools and hostels to provide education for poor ethnic children. He also started livelihood schemes for the socioeconomic development of marginalized indigenous Catholics. He served as the director of Dhanjuri Leprosy Center, a PIME-run facility for treatment and rehabilitation of leprosy patients in Dinajpur district that has been in service since 1927.

Isahak Hembrom, a Santal Catholic from Dinajpur town, said the priest was a great missionary who inspired and guided young people.

“Really, he was the ‘father of the Light’ for Dinajpur Cathedral Parish. He was not only a great person in my life but also for many youths. He always inspired us to become great human beings. His guidelines, support and love abounded. I strongly believe, Father, you are now in heaven,” Hembrom wrote on Facebook.

Father L’Imperio was called back to Italy in 1986 but returned to Bangladesh in 1994. He then served in Bangladesh until his return to Italy in 2019 due to poor health.